Formerly named the Skoda Stadium, the Sydney Showgrounds will now be known as the Spotless Stadium when it is used as the during GWS Giants' home venue.

Announcing the link, Spotless Chief Executive Bruce Dixon stated "we are excited to be partnering with the young and dynamic Giants team and look forward to expanding our stadia portfolio with the inclusion of Spotless Stadium and sharing future successes together."

Dixon explained that the company had a long and successful association with AFL and sporting stadiums across Australia and New Zealand, adding "our relationship with Greater Western Sydney Giant will allow us to enjoy a greater connection to local communities and demonstrates Spotless' commitment to Sydney and the NSW region.

"We are excited to be partnering with the young and dynamic GIANTS team and look forward to expanding our stadia portfolio with the inclusion of Spotless Stadium and sharing future successes together."

Giants Chairman Tony Shepherd said the club was delighted to welcome Spotless to the Giants' family, stating "this partnership is a great endorsement the Giants and our stadium which was voted by fans as offering the best match day experience of any stadium in the AFL.

"We are also firmly of the belief that Spotless Stadium delivers the best fan experience in Australia and we want to see our first ever sell-out for the Battle of the Bridge here on 15th March." 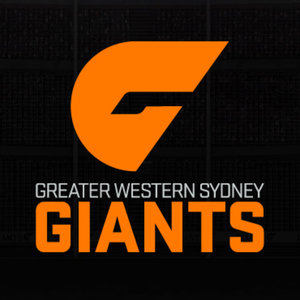 The Battle of the Bridge at Spotless Stadium will be the first time the Sydney Derby has been played at the Stadium since the Giants entered the AFL in 2012.

For more information go to www.gwsgiants.com.au