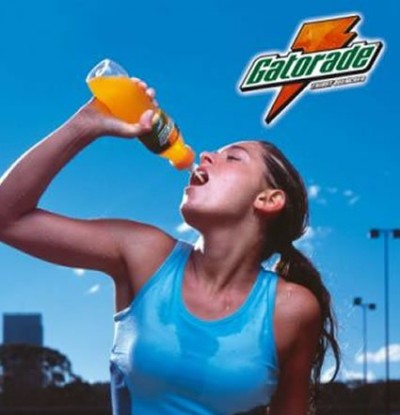 Exercise & Sports Science Australia's (ESSA) conference on the Gold Coast later this month is set to generate debate with keynote speaker Professor Tim Noakes challenging brands such as Gatorade and the role of sports drinks in setting the agenda on fluid intake during exercise.

In his presentation on the morning of Friday 20th April, Professor Noakes will share his beliefs that the 'science' of drinking during exercise has been commercially manipulated. Professor Noakes will also highlight that this 'science' has resulted in a ten-fold increase in annual turnover for Gatorade from $217 million in 1985 to $2.69 billion, eighteen years later.

In summary, Professor Noakes he will share his views that:

• Most studies claiming to study 'dehydration' fail to measure the Total Body Water (TBW) and so are unable to draw appropriate conclusions;
• There is no evidence that 'dehydration' causes anything other than the development of thirst;
• That there is no evidence that drinking more than to the dictates of thirst (ad libitum) aids athletic performance;
• That the most successful athletes are usually those who drink the least, lose the most weight and finish with the highest body temperatures during competitive sport; and
• That Exercise-Associated Hyponatraemia (EAH) and its potentially fatal complication, Exercise-Associated Hyponatraemic Encephalopathy (EAHE) are due solely to fluid overload without any contribution from sodium losses in so-called 'salty sweaters'.

South African Professor Noakes was the team doctor for the South African Cricket Team in the 1996 Cricket World Cup and assisted long distance swimmer, Lewis Pugh, in cold water swims in the Arctic and Antarctic and at the North Pole.

He is Professor in the Discovery Health Chair of Exercise and Sports Science at the University of Cape Town and is also Director of the UCT/MRC Research Unit for Exercise Science and Sports Medicine and co-founder of the Sports Science Institute of South Africa. He is a Fellow of the American College of Sports Medicine and was elected a Fellow of the University of Cape Town for sustained excellence in original scientific work. He has won many awards over the years, among others the National Foundation for Research and Technology Award for Individual over a Lifetime and the Men's has also served on the Ministerial Commission into High Performance Sport in South Africa. In 2004, and again in 2009, he received the National Research Foundation rating as an A1-rated scientist.

Professor Noakes has authored many books and papers over the years including his book 'Lore of Running' which is in its 4th edition and which has been published in countries worldwide. His latest book is The Art and Science of Cricket which he co-authored with Bob Woolmer and which was published in 2008. He is presently completing his autobiography and a book on the science of drinking during exercise and how this 'science' was commercially manipulated with some fatal consequences.

The Abstract for Professor Noakes' presentation at the ESSA Conference can be read below.

Exercise & Sports Science Australia (ESSA) is the peak professional body for exercise and sports science in Australia and provides national leadership and advocacy on key issues. It supports its over 3,500 members and the community through fostering excellence in professional practice, education, training and research.

Research to Practice: the 5th Exercise & Sport Science and 7th Sports Dietitians Australia Conference is being held at Jupiter Casino on the Gold Coast from 19th to 21st April.

Prior to 1969 athletes were advised to avoid drinking during exercise since it was assumed that such drinking impaired performance. Indeed athletes of that era considered that drinking during competition was a sign of "weakness". However a number of inter-related events produced a dramatic change in this approach.

In 1965 Dr Robert Cade developed the world's first sports drink at the University of Florida. He believed that only by drinking during exercise could athletes optimize their performances and protect themselves from heat stroke (Cade et al. 1971; 1972). This despite the absence of any evidence, then as now, that dehydration plays any role in the development of heat illness during exercise. Then in 1982 and 1984 scientists from the United States Army Research Institute for Environmental Medicine (USARIEM) proposed the novel hypothesis that water should be considered a tactical weapon in battle. Thus soldiers who drank at very high rates would be prevented from developing "heat illness" and would have a tactical advantage as surely as if they had superior weaponry (Army Research Institute of Environmental Medicine 1982).

Despite the absolute absence of any evidence to support this attractive hypothesis, within a short time this new dogma was accepted by USARIEM, the US Military and a cadre of industry-supported scientists advising important international thought-leaders such as the American College of Sports Medicine (ACSM) and the International Olympic Committee (IOC). When the ACSM produced its 1987 Position Statement on Thermal Injuries during Distance Running (American College of Sports Medicine 1987), it proposed that athletes should drink at high rates during exercise in order to optimize their performance and to reduce their risk of developing "heat illness". The 1996 ACSM Position Stands went further, proposing that athletes should "drink as much as tolerable" so that they did not lose any weight during exercise (Armstrong et al. 1996; Convertino et al. 1996). Those Position Stands and their more recently updated (2007) modifications (Armstrong et al. 2007; Sawka et al. 2007) represent an interesting collaboration of the ACSM, funded since 1992 by the US sports drink industry (Gatorade), USARIEM and the US Military – perhaps the single largest user of the sports drink, Gatorade - since all the senior authors of the those four Position Stands were either trained at, or are currently employed by USARIEM or the US Army. The originator of the "Water as Tactical Weapon" doctrine, former USARIEM employee Dr Roger Hubbard PhD, also contributed to the 1996 Position Stands. The IOC Position Stands are also drawn up by many of the same scientists.

By proposing that all the weight lost during exercise must be replaced, the 1996 Position Stands introduced what I have termed the "zero % dehydration rule". The commercial value of this ruling is obvious for it requires that all exercisers begin drinking "as much as tolerable" the instant they begin any exercise regardless of its duration or intensity. Predictably these guidelines were associated with a 10-fold increase in annual turnover of Gatorade from $217 million in 1985 to $2.69 billion, eighteen years later. Perhaps the cost to science was the distortion of the scientific process (Noakes 2011; Noakes 2012; Noakes and Speedy 2007) and the development of a novel illness, Exercise-Associated Hyponatraemia (EAH) (Noakes et al. 1985) including its potentially fatal complication, Exercise-Associated Hyponatraemic Encephalopathy (EAHE) (Noakes et al. 2005; Noakes and Speedy 2006). Without this history (Noakes 2012) it is not possible to understand how we came to believe that prodigious drinking during exercise is essential for our survival.

In order to produce the commercial windfall that would result from this radical change in the drinking behaviour of athletes, a new dread disease, "dehydration" had to be created. This was especially challenging since at that time (i) dehydration was used solely as a physiological term indicating a reduction in the total body water (TBW) content; (ii) cases of ill health in athletes who drank little or nothing during exercise were extremely rare; (iii) all the evidence then available showed that the athletes who lost the most weight during competitive running events were usually the fastest finishers and (iv) our studies had established already by 1991 that the overconsumption of fluids can produce a fatal outcome since it is the sole cause of EAHE (Irving et al. 1991).

In my talk I will present the evidence, fully exposed in Waterlogged (Noakes 2012), which shows that

(i) most studies claiming to study "dehydration" fail to measure the TBW and so are unable to draw appropriate conclusions;

(ii) there is no evidence that "dehydration" causes anything other than the development of thirst;

(iii) that there is no evidence that drinking more than to the dictates of thirst (ad libitum) aids athletic performance (Noakes 2007); (iv) that the most successful athletes are usually those who drink the least, lose the most weight and finish with the highest body temperatures during competitive sport and

(v) that EAH and EAHE are due solely to fluid overload without any contribution from sodium losses in so-called "salty sweaters" (Irving et al. 1991; Noakes 2011).

Thus athletes need only to be told that they should drink according to the dictates of thirst during exercise. All the rest is detail.

T. D. Noakes. Drinking guidelines for exercise: what evidence is there that athletes should drink "as much as tolerable", "to replace the weight lost during exercise" or "ad libitum"? J Sports Sci 25 (7):781-796, 2007.