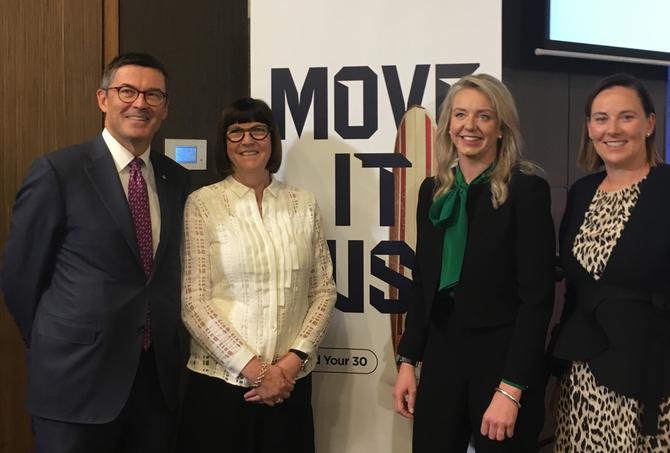 The Australian Sports Commission is to be given new branding and a new agenda as Sport Australia.

Announced today as part of an ambitious agenda to make Australia the most active sporting nation in the world, the new look national sporting body is to launch a fresh marketing and community creative platform, 'Move It', as part of a remit to implement the Sport 2030 plan and promote sports and activity across Australia.

Sitting within the Federal Department of Health, Sport Australia will take its branding cues from the five stripes motif used by the Australian Institute of Sports (AIS), the peak high-performance sporting body, and representing the five Olympic rings.

Sport Australia, working alongside high performance leader the Australian Institute of Sport, will aim to provide a coordinated approach to sport from grassroots participation to international competition.

Its expanded vision will also include an enhanced role to increase physical activity among Australia’s increasingly sedentary population.

Sport Australia Chair John Wylie welcomed the release of Sport 2030, stating it “provides a roadmap for future success for sport in this country”.

Wylie advised “Sport Australia will lead the implementation of Sport 2030, to create an even better and more successful national sports sector.

“If we get it right we know that in 2030 sport will continue to be a key point of national pride, our Olympic and Paralympic teams and national sporting teams will continue to achieve podium success and our athletes and their journeys will be a source of inspiration for the next generations.

“Our goal is for Australia to be a healthy and successful sporting nation, known for our integrity, vibrant participation base, thriving sports organisations and world-leading sports industry, as well as our elite competitive results.

“There is no doubting the opportunity for Australia. This plan and its implementation will give us a strong basis for long term success.”

Sport 2030 has set a target to reduce physical inactivity in Australia by 15% by 2030, with Sport Australia Chief Executive, Kate Palmer saying the organisation’s goal was to get the nation moving. 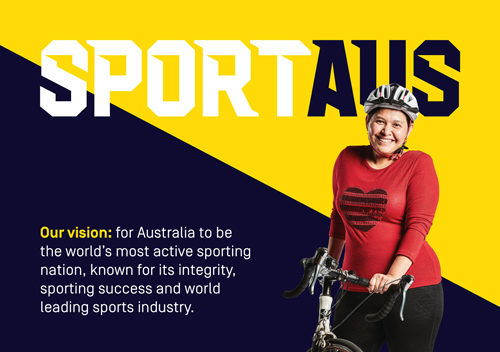 Palmer stated “we want to move bodies, move lives, and build a healthier, happier Australia through sport and physical activity.

“Sport Australia isn’t just a brand change, this is our chance for generational transformation. If we don’t intervene then, on current trends, sport participation is set to drop (significantly) in the next 18 years.

“One in two Australian adults, and eight in 10 children, are not sufficiently active. One study predicts Australia could face $88 billion of extra health and social costs over the next 10 years if people don’t get moving. Australia’s growing inactivity and obesity problems aren’t new, but we need new approaches to these issues.

“We need to inspire and empower Australians to get active, to help them move through life from childhood to older age. That means connecting with and activating every person of any age, race, gender, cultural background and physical ability.

“We want to ensure every individual has the ability to reap the benefits of an active lifestyle or aspire to the pinnacle of their sport. Australia’s future sporting success will be measured by more than numbers on a scoreboard, it will be reflected in our nation’s health, education, social and economic outcomes.”

Palmer said Sport Australia would release more details of its strategy in coming weeks and months, aligned with Sport 2030. This will include the AIS outlining its strategy to lead Australia’s high performance system.

Palmer added “the impact of Sport Australia’s programs on Australian lives will be far reaching. We will target improvements in early childhood development through to activity for older Australians. Our work will range from community infrastructure to ensuring elite athletes are better connected with their communities.

“The evolving safety and inclusiveness of sporting environments will be paramount, as will the progress of sport governance, technology and commercial sustainability.