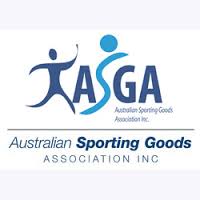 Australian sporting and active lifestyle goods companies welcomed the call by the Australian Chamber of Commerce and Industry (ACCI) to lower or abolish the Low Value Threshold on overseas goods.

The call from ACCI comes on the back of the recent and very positive call from the new Federal Assistant Treasurer Josh Frydenberg to consider lowering or abolishing the Threshold in the upcoming tax white paper.

"We’re very pleased the new Assistant Treasurer and ACCI agree with our stance.

“It was very disappointing to see the (Western Australian) Government playing politics with this issue late last year in a bid to get more GST revenue – a position that is only hurting WA based retailers.

“After three years of consultations, reviews and studies, it is well past time this issue was fixed.

“Clearly the LVT was an oversight, put in place when the GST was first introduced and well before consumers starting shopping online in ever-increasing numbers.”

Walker adds “as shown by the ABS, online purchases by Australian consumers are increasing exponentially. It’s time this GST loophole was closed.

“No one is saying that reducing the LVT will solve all of retail’s problems. No one is saying it will magically convince Australian consumers to stop purchasing from overseas.

“But what it will do is provide a small level of support for businesses that are doing it tough.

ASGA is the industry association representing a broad spectrum of sporting and active lifestyle goods industry participants, including manufacturers, importers, wholesalers and retailers.