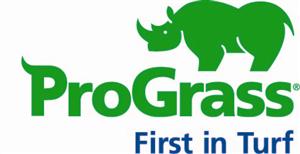 In a move that will further consolidate its position in the artificial turf market, Sport Group Holding has announced that it has acquired leading artificial turf brand ProGrass - adding ProGrass to its existing portfolio of companies and brands (which includes APT, Astroturf, Melos, Polytan, Poligras and Rekortan).

A press release from Sport Group advises that “the acquisition will strengthen SportGroup’s proven combination of its worldwide existing contractor network and directly targeted activities to new levels for the better of the industry.”

Heard Smith and Andreas M. Schulze Ising, Managing Directors of Sport Group America, went on to advise “the addition of the ProGrass team will bring us closer to the sport and enable us to better service the needs of our customers by bringing the industry into a new era with our German engineered, American made, modern, environmentally friendly, tailor made sport surfacing products.”

Sport Group, founded in 1969, is the world leader in artificial turf systems and running tracks, with, as of 2015, over 1,000 employees and $375 million annual revenue.

The company operates in more than 70 countries, maintains production plants in Europe, North America and the Asia-Pacific region and has manufactured and installed more than 7,000 fields and 16,000 tracks including the Olympic games and international venues.