Sport stars unite to stamp racism out of sport 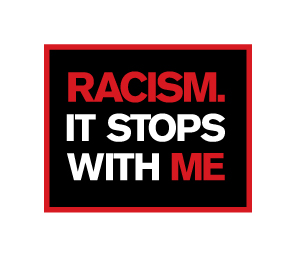 The Australian Human Rights Commission's 'Racism. It Stops With Me campaign' and the 'Play by the Rules' program have partnered to produce a powerful new TV Community Service Announcement (CSA) for sporting organisations to play at their events and to promote on their websites and through their social media forums.

Explaining the initiative, Commission President Gillian Triggs stated "the TV CSA - and several radio CSAs -will be broadcast nationally until the start of August and will also be available on the Australian Human Rights Commission and Play by the Rules YouTube channels and websites."

Despite a range of programs and policies, incidents of racism and discrimination still occur on a regular basis from the elite to grassroots level across a range of sports every season.

Federal Disability Discrimination Commissioner and Play by the Rules Co-Chair Graeme Innes explained "sport is all about having fun, competing safely and getting a fair go, regardless of your skin colour, background or culture. Whether you're a player, spectator, coach or official, there's simply no place for racism or discrimination in sport.

"The alleged racist incident at the Swans vs Collingwood game last night should not overshadow the magnificent performance by Adam Goodes nor the wonderful activities this week to celebrate the contribution of Indigenous players to the AFL, but it reinforces the need for ongoing education and the importance of calling racism out when it is witnessed."

Sport and Recreation Tasmania Executive Director Craig Martin, who also co-Chairs Play by the Rules added "with the AFL, Rugby League, Netball and Rugby Union seasons all now in progress, the football season just finished and the Cricket Tests about to commence in the UK, this is a timely opportunity to remind everyone in sport that racism is not acceptable and will not be tolerated."

Racism. It Stops With Me is an initiative of the National Anti-Racism Strategy which invites all Australians to reflect on what they can do to counter racism wherever it happens. Sporting organisations can take a strong stand against racism by committing to the Racism. It Stops with Me campaign.