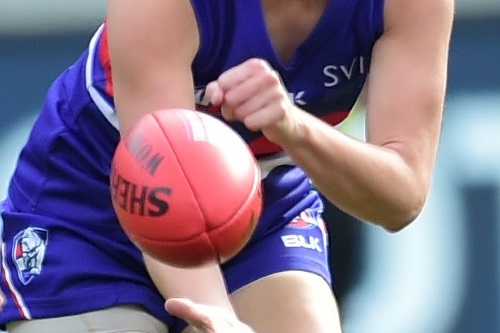 It is believed to be the first time internationally that leaders of competing sporting codes and clubs have united on the issue, according to Founder and Convenor of MCC Sport Elizabeth Broderick.

Broderick advised “sport plays a critical role in Australia’s economy, national identity, social cohesion and community well-being. Yet equal pay – the most visible manifestation of a genuine commitment to equality – still remains out of reach for elite women athletes across many sports.

“We believe the inter-connected steps outlined in the report provide the pathway to gender equality and delivering equal pay in sport."

The new report from Male Champions of Change Sport outlines:

All the signatories have committed to evaluate and report on their performance annually to ensure they accelerate progress towards pay equality over the next five years.

Tennis legend Billie Jean King, founder of the Billie Jean King Leadership Initiative, has backed the approach outlined in the report, advising "it is very heartening to see chief executives across major sports come together to achieve gender equality and pay equality in sport. The idea of activating the entire sports eco-system to hasten change is an approach that could be considered and replicated throughout the world,."

Sport Australia Chief Executive, Kate Palmer says Australia has the opportunity to be a global leader, advising "many of our elite women athletes are among the most successful on the world stage. As a sports-loving nation, we are championing a system-wide re-set in the way we support, pay and reward our female athletes. The benefits to our economy, our community and our athletes will be exponential." 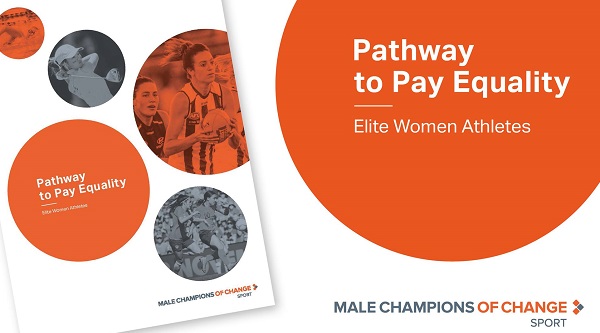 Tennis Australia first introduced equal pay at the Australian Open in 1984 and has consistently reaped rewards from its focus on equality and inclusion.

Tennis Australia Chief Executive Craig Tiley advised "we’ve demonstrated through equal prize money and exposure that women’s tennis has massive appeal and can more than hold its own.

“This is driven by the belief that the best player of a Grand Slam event - both male and female - should be rewarded equally for their ability to achieve at the highest level. It’s an approach that has delivered overwhelmingly positive outcomes for tennis.”

Cricket Australia’s ground-breaking 2017 pay deal introduced an equal base rate of pay for male and female elite cricketers for the first time. Cricket Australia’s experience was drawn upon in the development of the Pathway to Pay Equality.

Cricket Australia Chief Executive Kevin Roberts, stated “we want our women's elite teams to help shape the brand of cricket, drive the game’s growth and continue to deliver international success. On every measure they have done this as athletes and ambassadors. There is no question they deserve pay parity and we developed a model to achieve this. We are continuing to put in place the systems and support to ensure we can deliver sustainable pay equality/"

The report shows that even when organisations are not responsible for setting pay for their athletes - such as the five major AFL Clubs who are members of MCC Sport - they still have the power to make a difference.

“There are currently more women and girls playing Aussie Rules in Melbourne’s southern corridor than across the entire country. While we don't determine base pay for our AFLW players, we are investing in the facilities and pathways to develop the next generation of elite women footballers,” said Chief Executive of St Kilda Football Club Matt Finnis.

“The impact of Michelle Payne’s win on Prince of Penzance in the 2015 Melbourne Cup has been inspirational and immeasurable for our sport. Our female jockeys and trainers have pay equity with their male counterparts. However, they may not necessarily have the same access to earn it.  Our job is to debunk myths, change mindsets and facilitate the same access,” he said.

“Sport is such a unifying force in Australia. We can and should be leading the way globally in championing gender equality through every aspect of sport - access, participation, investment, recognition and pay for our elite women athletes,” she said.

In 2018, MCC Sport also completed a detailed review of pay equity in corporate and administrative roles in their organisations, which is summarised in the report. The review involved a sample of 10-member organisations and was completed based on data provided to the Australian Government’s Workplace Gender Equality Agency (WGEA).

Using the WGEA methodology, an average overall pay gap of 27% among participating organisations was identified. This compared to 31.5% or WGEA's ‘Sports and Physical Recreation Activities’ category and the national average of 21.3% according to WGEA’s 2018 Annual Pay Equity Scorecard.

The MCC Sport Group has committed to reduce the overall gap, and to take immediate action to address any unjustifiable difference in “like-for-like” roles in corporate and administrative roles.

The Pathway to Pay Equality report will be launched at a joint meeting of Male Champions of Change held across Sydney, Melbourne, Canberra and Perth today. The MCC Sport group will invite peers in the corporate, government, news media and broadcasting sectors to support the goals outlined in the report.

The Male Champions of Change Sport members are:

Click here to read the Pathway to Pay Equality report.