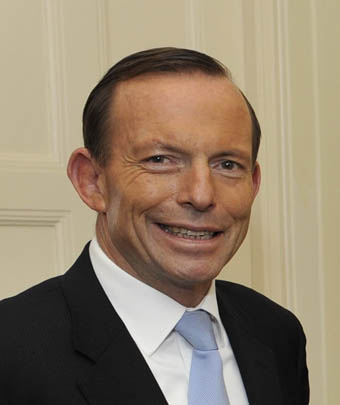 Prime Minister-elect Tony Abbott's has named his first ministry, in which sport has been elevated to Cabinet level, with incoming Federal Health Minister Peter Dutton adding sport to his responsibilities.

Senator George Brandis will add the Minister for the Arts role to his position of Attorney-General.

Tourism responsibilities have been split between ministers, with Julie Bishop appointed Minister for Foreign Affairs and Andrew Robb, as Minister for Trade and Investment, taking responsibility for international tourism.

Ian Macfarlane has been appointed Minister for Industry and Bob Baldwin Parliamentary Secretary for Industry, with domestic tourism falling under the industry portfolio.

Nationals leader Warren Truss will be Deputy Prime Minister and Minister for Infrastructure and Regional Development.

Morrison explained "TTF is pleased to see Tourism Australia positioned under the umbrella of foreign affairs and trade.

"This is a sensible arrangement which will ensure that tourism is considered in the decision making around Australia's foreign policy and acknowledges the gateway role that tourism plays in helping foster international relationships for business, education and investment.

"Economic diplomacy of this type will help to drive synergies in the promotion of Australia as an international destination, leveraging the activities of other Australian agencies in key source markets.

"Tourism is an economic development strategy for Australia, driving economic activity in every part of the country and providing jobs and business opportunities"

TTF also acknowledged the "hard yards" undertaken by incoming Parliamentary Secretary Bob Baldwin "over the past three years as Shadow Minister for Tourism."

Within the new Government, Tourism Australia will chiefly leave domestic tourism to the States and co-ordinate international tourism with diplomatic missions overseas, with a focus on developing markets in China, India, South Korea and Russia.