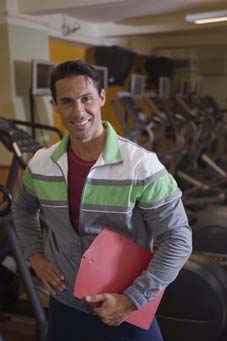 The sport, fitness and aquatic sectors were not immune from the general economic downturn in 2009 with fewer people working permanent full-time and more working casual or part-time, according to the 2009 Sportspeople Workplace Survey.

Full-time salaries across the sector increased 3.6% in 2009 while the rate of pay for females increased 6.5% compared to 2.8% for males. Despite the uncertainty of 2009, 85.1% of employees in the sport, fitness and aquatic sector remained either satisfied or very satisfied with their current job.

Key findings of the 2009 Sportspeople Workplace Survey include:

• Sydney (31.8%) and Melbourne (21.8%) lead the nation as the hot spots for jobs in sport, fitness and aquatics;
• The majority of respondents had completed a tertiary education course, with 68.3% (62% in 2008) of respondents holding a Bachelors degree or higher qualification.

Almost one third (29%) of respondents who have completed a Bachelors degree also had an industry accreditation. 85.6% of these qualifications are either wholly or partially specific to the job in which the respondent is presently employed.

“It seems that people in the sport, fitness and aquatic sector are generally a happy bunch with job satisfaction as high as 85.1%. While pay has certainly improved over the past twelve months, up 3.6%, it should be noted the ABS Average Weekly Earnings data (August 2009) showed a national wage growth of 4.2%, meaning this sector has in fact fallen behind.

“While it is particularly pleasing to see the mean salary for women jump 6.5%, their full-time earnings are not equivalent to their male colleagues, so more work is needed to achieve wage parity. Yet, hourly rates in excess of $30 were earned by more females (44%) compared to males (29%) and I suspect this is as a result of the high number of women working in the fitness and aquatics sector where an hourly rate of pay is common.

“The education level in the sport, fitness and aquatic sector continues to be strong, with a massive 68.3% of respondents holding a Bachelors degree or higher, outstripping the national average of 23% (ABS. May, 2009). This sector would be an excellent case study for the Federal Government as they pursue their 2025 target of having 40% of Australians aged 25-34 with at least a Bachelor level qualification.

“Generally speaking, people working full-time in the sport, fitness and aquatic sector still face significant work-life balance issues with 64.8% working over 40 hours and 19% more than 50 hours a week. The nature of the industry severely impacts on this work-life balance and good employers need to build strategies to best manage overtime and time-in-lieu issues.

“The 2003, 2008 and 2009 Sportspeople Workplace Surveys provided us with a snap shot of the sector against which we were able to measure and report changes to each of the survey

areas. In 2010/11 we plan to undertake specific wage and occupation surveys and we are scheduled to conduct the next Sportspeople Workplace Survey in 2012.”