Sport, fitness and aquatic industry salaries rise by just 2.7% in the past 12 months 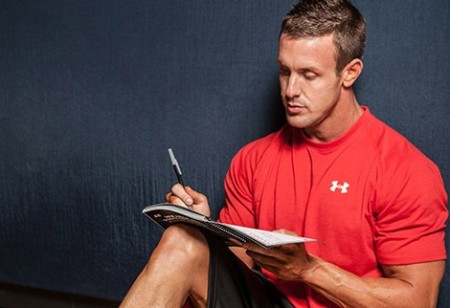 Salaries in the sport, fitness and aquatic industry increased a modest 2.7% in the past 12 months, a full 2% below the Australian Bureau of Statistics national average weekly earnings data for the corresponding period. According to the just released 2010 Sportspeople Salary Survey, women fared better than their male colleagues, with full-time earnings up 2.3% compared to only 1% overall for men.

Key findings of the 2010 Sportspeople Salary Survey include:

According to Sportspeople's Managing Director, Robert McMurtrie these results indicate the sport, fitness and aquatic sector is recovering, albeit slowly, from the economic downturn of 2009.

"Generally speaking, most of the data from our past Surveys has indicated salary levels in the sport, fitness and aquatic sector are reasonably aligned to the national wage growth trends. However, in the past twelve months weâve seen a very conservative response from the sport, fitness and aquatic sector as it recovers from the economic downturn in 2009; with an overall wage growth of only 2.7%, against the national average weekly earnings growth of 4.7%.

"While pay rates also improved in the 2009 Sportspeople Workplace Survey, up 3.6% from 2008, it should be noted the ABS Average Weekly Earnings data (2009) showed a national wage growth of 4.2%. If we look at the 2009 and 2010 data, the sport, fitness and aquatic sector has now fallen behind national wage growth for two consecutive years.

"If you accept the notion that salaries need to grow at least equal to or more than the CPI, it can be argued that for many people working in the sport, fitness and aquatic sector the last twelve months has been tough going. Wage growth (2.7%) in the sport, fitness and aquatic sector was 0.1% below the published 2.8% increase in the CPI weighted average for the corresponding period.

"While it is pleasing to see the mean salary for women up 2.3%, their full-time earnings are still not equivalent to their male colleagues. Interestingly, hourly rates in excess of $30 were earned by more females (42.1%) compared to males (29.1%) however, we suspect this is as a result of the high number of women working in the fitness and aquatics sector where an hourly rate of pay is common."

To view the survey go to www.sportspeople.com.au/site/misc/sportspeople/downloads/2010%20Salary%20Survey.pdf