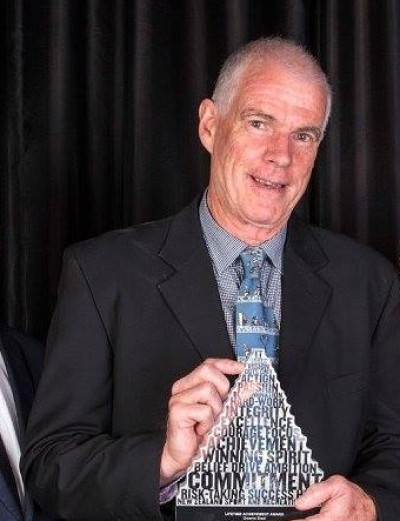 Outgoing Drug Free Sport NZ (DFSNZ) Chief Executive Graeme Steel has been honoured for his service to the sporting community, receiving a Lifetime Achievement Award at the 2017 New Zealand Sport and Recreation Awards.

Steel (pictured) has been at the helm of New Zealand’s national anti-doping organisation for almost 30 years, and will step down from the role at the end of June.

Presenting the Awards at an event in Auckland last evening, Sport NZ Chief Executive Peter Miskimmin said Steel was fully deserving of this award having, both as an international representative and as an administrator, made an outstanding contribution to sport.

Miskimmin stated “he is one of the true leaders in New Zealand sport and has an overwhelming commitment to clean sport, and a determination to challenge all threats to it.

“He has made a significant contribution both nationally and internationally, and his agency now enjoys a reputation for the same common-sense approach with which he has run it.”

DFSNZ Board Chair Justice Warwick Gendall QC says that Steel’s contribution to sport in New Zealand is widely admired and respected in New Zealand and overseas, stating “he is an influential leader, not just here at home but internationally, in the critical field of anti-doping in sport. His passionate and consistent aim and focus has been to serve all athletes and protect clean athletes’ right to compete on a level playing field in the spirit of fair play.”

Commenting on the 10th anniversary Sport and Recreation Awards, Miskimmin stated “these awards highlight the tireless dedication of individuals, clubs, regional and national organisations to improving the wellbeing of New Zealanders and inspiring the nation through sport and active recreation.

“The past year has been full of highlights for our elite athletes, from record-breaking All Blacks to golden moments at the Rio Olympic and Paralympic Games, and tonight has shown that great achievements were also achieved by those across the sector.” 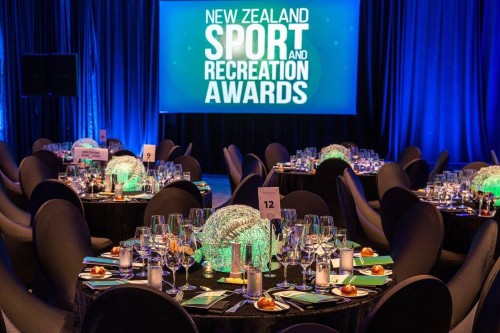 2017 New Zealand Sport and Recreation Awards winners are (with comments from Peter Miskimmin):

Commercial Partnership
Paralympics NZ and ACC, Cadbury and Sanford Ltd
“Spirit of Gold went above and beyond a single commercial partnership - with three partners, Paralympics NZ raised the profile of the New Zealand Paralympic Team and built the support of a nation to help secure 21 medals in Rio and retain their place atop the per capita medal table.”

Community Impact
The Northeast Pathways Project - Hutt City Council
“Through sport, Hutt City Council brought seven schools together to create a better opportunity for students to thrive and achieve. Involving whānau and local sports clubs, it was New Zealand’s first formal example of sport being used as a tool across an entire community and is a model for other communities.”

Event Excellence
Aon 2016 Youth Sailing World Championships - Yachting New Zealand
“Host countries would usually have three to four years to prepare for a major event. After Oman withdrew, Yachting NZ stepped in and organised the regatta in only seven months - and delivered a surplus of around $300,000. This is an outstanding achievement.”

High Performance Campaign
Peter Burling and Blair Tuke 49er Class Rio 2016 Olympic Games Campaign - Yachting New Zealand
“Peter and Blair sailed into gold in the 49er class at Rio, winning by a massive margin - but they’ve also won every major regatta they’ve raced since the 2012 London Olympics. This level of success is unprecedented and it was fitting to see them as flag bearers in Rio.”

Innovation Excellence
Glory League - Basketball New Zealand
“Basketball NZ has embraced the digital age, social media and gaming movement with this project. Associations now have an X-factor product to excite players of all levels across the country, recruit and enhance player retention - this is innovation in action.”

Lotto New Zealand Sport Maker Award
Amanda Young
“Amanda is passionate and knowledgeable, and she brings this to the Otago Special Olympics Powerlifting team. From one-on-one training to fundraising, she is the quintessential volunteer in Kiwi sport.”

C.K. Doig Leadership Award
Kereyn Smith
“Kereyn’s record as a leader in New Zealand and internationally is remarkable. A best every Olympic Games is just the latest achievement for someone who is a true leader in our sector and a fierce advocate for building women’s profile and participation. On her watch, New Zealand received the International Olympic Committee World Trophy for Women in Sport, a first for our country and for any national Olympic committee.”

Dave Knowles - Lifetime Achievement
“Regional Sports Trusts are now a cornerstone of our Community Sport Strategy and their contribution is in no small one due to Dave. A pioneer among Regional Sports Trust leaders and through his later role at Sport NZ has continued to contribute to their development. He is an innovator, a successful fundraiser, and someone respected and admired across the sector.”

The awards coincide with Sport NZ’s annual Connections Conference for leaders from the sport and recreation sector, featuring presentations by 25 sport, recreation and health experts from New Zealand and overseas.