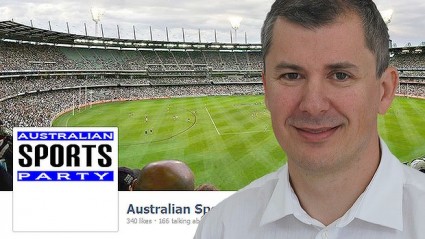 Tony Abbott's new majority Coalition government will need to negotiate a Senate that is likely to include eight minor party senators including representatives of sport and lifestyle parties.

With the Coalition unlikely to secure an absolute majority in the Senate, failing agreement with The Greens or Labor, it will have to secure the votes of five of the eight independents to get its legislation passed.

In Western Australia, the Australian Sports Party and its candidate Wayne Dropulich, a gridiron-playing engineer, is likely to win a Senate seat. His Australian Sports Party has no policies beyond advocating lots of sport, with the party saying it is "focussed on helping Australians live a healthy well balanced lifestyle through sport and recreation, which provides enjoyment and creates strong communities."

In Victoria, Ricky Muir of the Australian Motoring Enthusiasts Party, which appears to have no policies apart from representing what it sees as motorists' interests, is also likely to be sitting in the Senate.

In NSW, Australia's prospective Finance Minister, Arthur Sinodinos, is likely to hold on to the final seat ahead of the Greens. A challenge from One Nation founder Pauline Hanson appears to have failed after she was pipped by the Shooters Party at the point where one or the other was to be eliminated.

In spite of each party having only attracting a small amount of the primary vote, preferences will see them reach the Senate.

Among the losers on election night, Labors last Minister for Sport, Senator Don Farrell, appears to have lost his South Australian Senate seat while former Olympian Nova Peris, becomes the first Indigenous woman Senator after winning a seat in the Northern Territory.

With several million votes still to be counted, these likely results could change, particularly as small changes in the votes can result in a different order of elimination of candidates, and hence different results.

The Senate will remain under the control of Labor and the Greens until mid-2014 and after that it appears an assortment of parties will play a key role in what Tony Abbott can achieve.