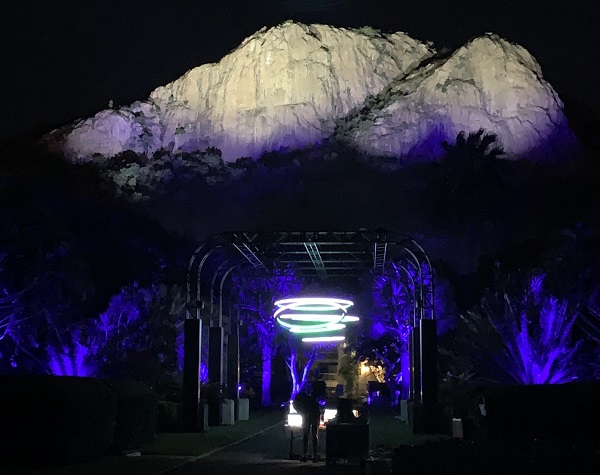 A new light and sound experience - HALO - designed specifically for Townsville has been turned on.

Created and produced by Sydney-based AGB Events, HALO is a spectacular experience that transforms Castle Hill, the natural ‘halo’ that hovers above Townsville.

Presented by the Townsville City Council, HALO runs in conjunction with the inaugural North Australian Festival of Arts, and has been made possible through the generous support of the Australian Government’s Building Better Regions Fund.

“We were thrilled and honoured to be asked to undertake such a prestigious and challenging project.  We’re delighted with the results.” 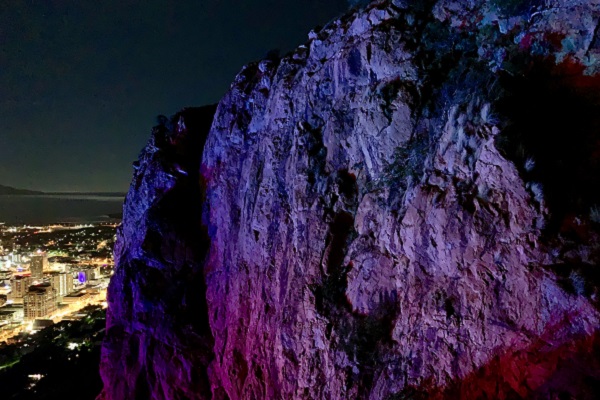 HALO is the latest in a series of large scale, highly imaginative multimedia shows produced by AGB Events. These have included Vivid Sydney Light Walk, Australia’s largest annual event; Parrtijma, a light festival in Alice Springs that took its inspiration from indigenous stories and culture, lighting up two kilometres of the MacDonnell Ranges; and the Lights of Christmas in Sydney and Brisbane.

Bastic advises “HALO is a new event experience that showcases creativity in one of the most aesthetically compelling new art forms; light art.

“Over the past decade, the light art movement has captured the attention and imaginations of many people around the world. This new movement in art has allowed lighting designers, artists and technicians to experiment with the latest advances in technology and create experiences that are compelling, spectacular and memorable.”

AGB’s light vision for HALO
There are two elements to HALO: the Castle Hill Light and Sound Show, and the illumination of Queens Gardens. Castle Hill will light up with a dramatic light and sound show for five minutes, every 20 minutes. Queen’s Gardens will be the focal point for HALO, and the prime viewing point for the Castle Hill show. The Gardens will also be the location for theatrical lighting treatments including tree lighting, using colour-changing LEDs, and the HALO ‘chandelier’.

High powered moving head lights combined with arrays of colour washes and gobos (stencils or templates placed inside or in front of a light source to control the shape of the emitted light) are being used to create the Castle Hill light show. Custom made glass gobos, as well as silhouette gobos, are also included. 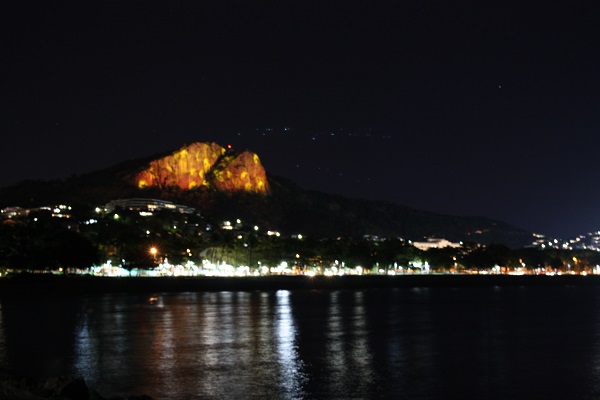 Bastic explained “the ability to use a variety of techniques such as blending colour palettes, mixing silhouettes, varying movement speeds, warping angles, adjusting focus and scaling zoom are all ways in which AGB’s lighting designer created the story.”

Advising that HALO is a concept that is designed to expand over multiple years as the popularity of the event spreads, Bastic concludes “as HALO’s audience grows – which we’re very confident it will - the creative scope and lighting displays have the opportunity to increase and expand, ensuring interest in the event is not only maintained but multiplied.

“We are already looking to the future and we have some exciting ideas for subsequent editions of NAFA, using impressive, technologically-advanced light installations so spectacular that Townsville will capture the attention of the world.”

HALO runs from 19th July to 4th August between 6pm and 10pm each evening.