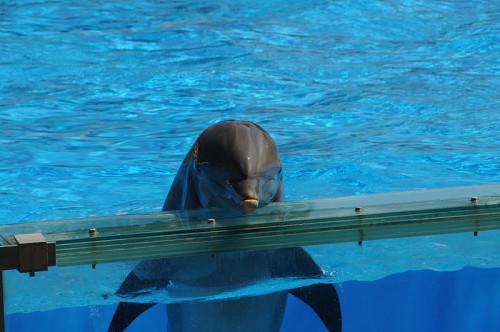 South Korean officials have begun a 10-day inspection of eight of the country’s aquariums following the death of a bottlenose dolphin in Ulsan earlier this month.

Spearheaded by Korea’s Justice Party, experts from animal rights groups, the Ministry of Environment and the Ministry of Oceans and Fisheries are investigating water conditions, noise levels, quality of animal feed and health checkup systems for the eight aquariums.

Justice Party spokesperson Lee Jeong-mi has also proposed a revision to the country’s wildlife protection and management law, which would ban imports and exports of dolphins for entertainment.

“The ultimate goal will be to ban their imports to Korea and the aquarium business, which has already been seen in countries such as Chile, Costa Rica, Hungary, India and the US.”

While bottlenose dolphins are listed as endangered by the Convention on International Trade in Endangered Species of Wild Fauna and Flora (CITES), their trade is still allowed, with Korean imports currently needing permission from the Environment Ministry to proceed.

The proposed legislation will be discussed at the National Assembly, with talks expected to take place at some point between June and September.

In 2012, a South Korean court ordered the release of five illegally captured dolphins which had starred in a dolphin show on the holiday island of Jeju.

Image: A bottlenose dolphin in captivity. Image used for illustrative purposes only.