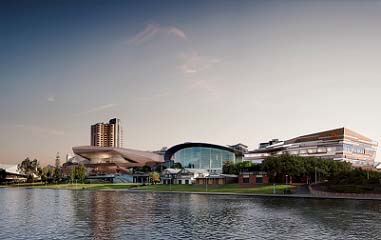 Since that time, SATC has provided the Council with $3 million in funding.

However, as of 1st July, that funding has ended.

In a statement explaining the move to industry stakeholders, SATC Chief Executive Rodney Harrex advised that the Commission had expected that SATIC would become independent and self-sustaining during the years in which it received SATC funding.

Harrex wrote "over the past 18 months, as the current agreement approached its expiry, the SATC made clear that its focus would be to move away from providing significant ongoing financial support to SATIC.

"The SATC again encouraged the organisation to increase its membership base, seek further corporate sponsorships and make programs cost neutral to meet the shortfall in revenue.

"Although the current agreement had been due to expire in February 2014, the SATC extended this agreement through until the end of the financial year to provide SATIC with additional time to restructure its revenue model.

"During this time the SATC has also been working with industry and key stakeholders to develop the South Australian Tourism Plan for 2015-2020."

With Harrex adding "the future focus of SATC is to drive demand", the onus on SATIC would appear to be on attracting an industry-based membership and generating funds through commercial activities.

SATC have also decided to only provide funding to SATIC to run the South Australian Tourism Awards for a two year term - in 2014/15 and 2015/16.

Harrex concluded "with regard to the other programs that SATIC conducts, we reiterate our view that SATIC should seek to become a self-sustaining organisation.

"We also note that SATIC continues to hold substantial cash reserves that will assist in the transition to a new operational model."