South Australian Tourism Commission board to be abolished 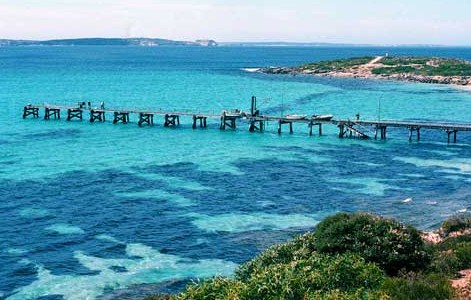 As part of a South Australian Government plan to improve efficiency and save $1.3 million a year, the South Australian Tourism Commission (SATC) board is among 105 state boards, committees and tribunals that are to be abolished.

With South Australian Premier Jay Weatherill this week announcing plans to abolish a quarter of Government boards, committees and tribunals, the State Theatre Company Board, the Motor Sport Board, the Business Development Council, the Equal Opportunity Tribunal and the Dolphin Sanctuary Advisory Board are also earmarked for abolition.

Of those remaining, 18 boards or committees will merge and another 117 will be reclassified.

Premier Weatherill said 72 would be retained in their current form and 58 were to face a further investigation about their future.

Explaining that modern communications can bypass board processes, Premier Weatherill said many boards and committees had become unnecessary because communications with stakeholders could be achieved more directly.

Premier Weatherill  stated "this is about finding new ways of governments being informed on policy issues, as too often this advice is confined to a select group of people.

"I am interested in finding new and innovative ways to develop this advice, ensuring it flows more directly from citizens and businesses alike."

Explaining the abolition of the SATC board, South Australian Minister for Tourism Leon Bignell wrote to industry stakeholders stating that the board is to be replaced with an industry panel designed to provide all members of the tourism industry with a strong voice on decisions taken by the SATC.

Minister Bignell stated "the estimated savings of around $200,000 a year from this move will be spent on marketing South Australia."

Minister Bignell will continue to work with industry to determine the exact make-up of the panel it will include: Adelaide Airport, Education Adelaide, at least two regional representatives, SATIC, the West Beach Trust, the Adelaide Convention Bureau, the Australian Hotels Association, the arts and the Australian Tourism Export Council.

The industry panel will be co-chaired by the Minister and SATC Chief Executive and will provide an opportunity for the entire tourism sector to provide input as well as hear of the latest international and national trends.

Minister Bignell added "tourism will also be elevated by its inclusion in the Economic Development Cabinet Committee.

"This means tourism issues will be heard directly by members of the committee including the Premier, Deputy Premier, Treasurer and other senior ministers as well as the Chairman Raymond Spencer and Deputy Chairman, Rob Chapman."

In August, Premier Weatherill listed tourism as one of the South Australia’s top 10 economic priorities.

Here Minister Bignell added "the visitor economy – which is worth $5.2 billion to our state each year – is enormously important to South Australia and I believe this new structure will ensure tourism no longer acts within a Government silo but is front and centre of every decision that’s made to grow our economy.

"These decisions haven’t been taken lightly, and have come about from discussions I’ve had with hundreds of people throughout South Australia during the past 20 months.

"As we lay the foundations for the future I would still like to hear feedback from as many people as possible to ensure the new structure is more than capable of supporting a very strong tourism industry.

I would also like to thank the SATC board members, past and present, for their contributions and advice to government. The hard-working SATC staff members, who do a terrific job right around South Australia, will continue to work shoulder to shoulder with the private sector for a profitable industry to reach our goal of an $8 billion industry by 2020."

Independent MLC John Darley said the Government was making a mistake by abolishing the SATC board.

He told the ABC "to suggest that the South Australian Tourism Commission board would be abolished would be cutting off your nose to spite your face.

"Tourism is a big industry in South Australia and so who are we going to rely on for our advice now?"

Zimmerman stated "we're seeing the Government take a retrograde step by abolishing the extensive commercial and industry experience that it currently receives by having an independent board."

Earlier this year the SATC ended its funding of the South Australian Tourism Industry Council (SATIC).