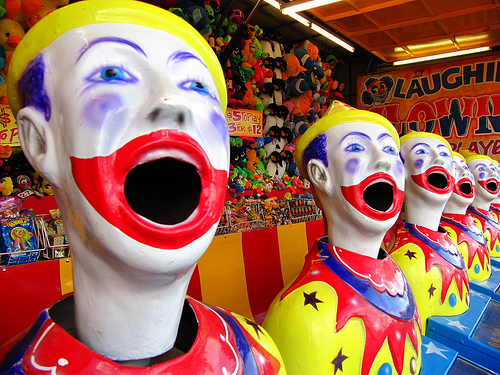 Changes to country shows in South Australia are seeing some come to an end while others are being transformed through the involvement of younger generations.

The first woman President of the Agricultural Societies Council of South Australia, Janet King, is leading a charge to reinvigorate shows that have been the social glue for small communities across the state for generations.

She believes there will be a bright future as long as more young people step up and take control of show committees.

King told the ABC “in my area alone, over the last eight years (three shows have closed) due to no volunteers.”

She said a lack of succession planning is part of the problem, with many long-term show committee members reluctant to let go of pivotal roles.

King added “that's something I'm looking at now with most shows as I visit them.

"I go in and I talk to their committees and everything and that's something I'm very strong on."

King is determined to visit as many of the state's 47 country agricultural shows as possible this year, stating "I want to see that they've got succession plans so that they start to use (youth), shift the youth in and have half the older ones and half youth so they can learn what is needed to keep a country show going.”

According to King, there is a change taking place in regional areas, with the owners of smaller properties having the potential to deliver a new generation of potential show volunteers.

The Agricultural Societies Council of South Australia has also established a Next Generation Group to drive the participation, education and innovation in the South Australian Show Movement and local rural communities for young people involved and with and interested in South Australian rural enterprises, activities and lifestyles.

While many country shows in South Australia have been struggling in recent years, cultural and entertainment events are thriving in regional areas.

Published last year, a study Events: Drivers of Regional Tourism led to the establishment of a $6 million Major Events Bid Fund to enable the South Australian Tourism Commission and Events South Australia to bid for and secure more major events for South Australia.