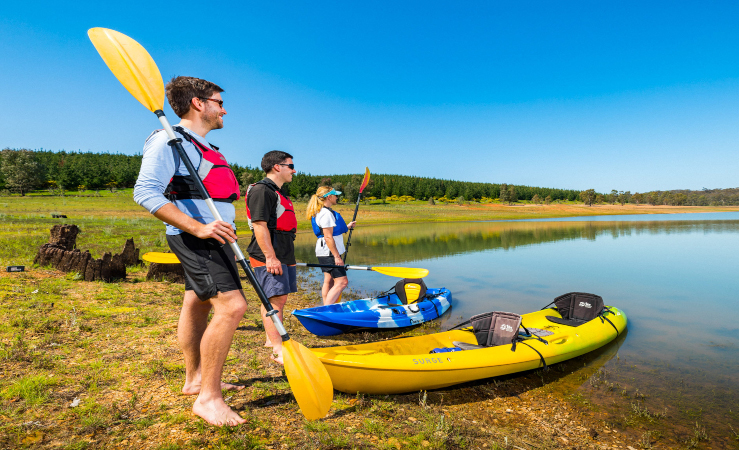 Hundreds of people from all over South Australia converged on the reservoir just south of the Barossa Valley to help celebrate the milestone at a community event.

South Australian Premier Steven Marshall advised “we’re excited to be delivering this hugely popular commitment to open up our reservoirs, which have been kept closed for far too long.

“Opening up reservoirs at other locations around South Australia has proven to be an outstanding success, bolstering the South Australian economy and growing jobs.

“We’ve already seen the benefits that opening the Myponga reservoir has delivered to local communities and businesses, and it will be exciting to see similar rewards here too.

South Australian Minister for Environment and Water David Speirs said South Australians are particularly keen for water-based activities such as kayaking and fishing on our reservoirs.

Minister Speirs added “it’s clear that South Australians take pride in the state’s natural environment, and with demand rising for more access to these spaces, I’m extremely proud to join the Barossa community today in opening another reservoir for recreational access.

“We’ve heard a particularly positive response for action-based activities like kayaking and fishing throughout our conversations with locals, and it is exciting that these activities are now on offer for everyone to enjoy.

“Combined with existing access at the nearby Warren reservoir, having new access at South Para will provide a real boost to the local economy and tourism scene on offer in the Barossa region.

“In time, an expanded network of trails will connect the South Para and Warren reservoir reserves to conservation parks and nearby plantation forestry to provide an integrated experience for those who are a bit more adventurous.

“As a government we’ve made significant inroads in opening reservoirs for public access, and we’re certainly not slowing down, with fishing now available at Myponga and community feedback being sought as we prepare to open the gates at Hope and Happy Valley reservoir reserves too.”

Holding a capacity of around 45 billion litres, water stored in the South Para Reservoir is transported to the nearby Barossa Reservoir where it is treated and delivered as safe, clean drinking water to approximately 85,000 customers across the region.