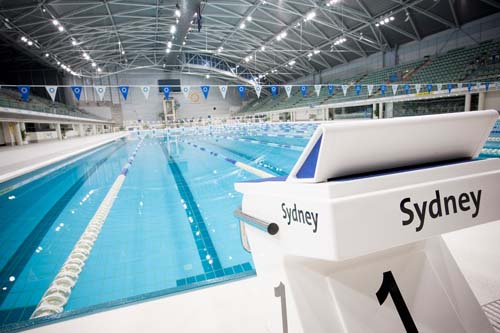 The first venue at Sydney Olympic Park built specifically for the Sydney Olympic Games, the former Sydney International Aquatic Centre hosted the swimming, diving, synchronised swimming, the medal events for water polo, and the swimming portion of the modern pentathlon competitions during its time in the global spotlight in the 2000.

Prior to the 2000 Games, International Olympic Committee (IOC) President Juan-Antonio Samaranch described the facility as "the best swimming pool I have seen in my life".

Since the Olympics, SOPAC has seldom enjoyed the high profile of other Sydney Olympic Park venues, such as ANZ Stadium, Allphones Arena and the Sydney Showground.

However, the Centre has succeeded as a place for the community to enjoy aquatic recreation and sport, fitness and play, welcoming over 21 million visitors in its 20 years of operations.

While the venue’s Olympic capacity of 17,000 has been reduced to 10,000 people, SOPAC remains Australia’s largest swimming arena and still regularly hosts local, regional and national swimming sport carnivals and competitions.

Although plans for the addition of a waterpark have long been shelved, SOPAC’s Splasher’s Water Playground opened in 2008, while, in 2013, the Urban Jungle high ropes course and Circus Arts Trapeze opened in the Centre’s grounds.

2013 also saw the opening of a permanent exhibition, Dive into History, celebrating the diversity of events and people who contributed to SOPAC’s history. 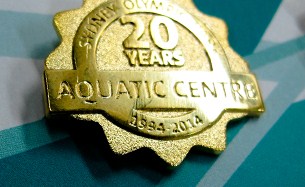 Oddly, the 20th anniversary of SOPAC’s opening in August last year saw no Ministerial recognition, no statements from the Sydney Olympic Park Authority, merely a short note about the anniversary in information released about SOPAC’s Path of Champions.

However, SOPAC did issue a commemorative badge, linking with a 30th anniversary badge for the Sydney Olympic Park Sports Centre, which can be purchased at www.aquaticcentre.com.au/about_us/anniversary_commemorative_badge