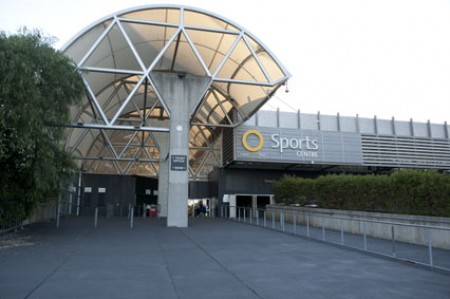 SOPA is offering an initial sponsorship term of five years to a brand aiming to secure and enhance a strong regional and national foothold while achieving exposure in a unique environment.

The former Olympic venue, previously known as the NSW State Sports Centre, hosts a wide range of sport, recreation and entertainment activities, with a schedule encompassing over 6,000 individual activities and over 500,000 annual visitations for events, hires, sport, activities and gymnastics.

The venue is the home of the home of the NSW Swifts and the recently announced second franchise in the 2017 National Netball League; is the host venue for the Australian Badminton Open and international volleyball, judo, martial arts, weightlifting, wheelchair rugby and dance events. It also hosts Nickelodeon’s famous Slime fest and Fremantle Media’s X-Factor Boot camp episodes.

In the EOI, SOPA suggest that the naming rights would suit an "iconic state or national brand" while also suggesting that it could also be suitable for an emerging brand striving to build strong awareness on the back of a high profile and stable venue with widespread community access and appeal." 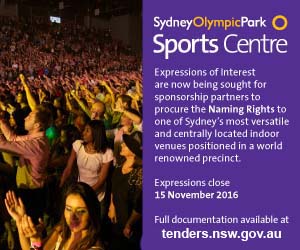 Australasian Leisure Management Publisher Nigel Benton explains "this is potentially a missed opportunity for many brands given that acquiring the naming rights for recreation and sport centres used by the community on a regular basis would give considerable exposure.

"Major sports and entertainment venues are used only periodically while community facilities are visited on a daily basis."

Citing the example of private health insurer HBF having the naming rights for two VenuesWest community facilities in Perth, Benton suggests "sporting and health brands could gain considerably from partnerships that complement their brands that might see, for example, the 'Blackmore's Sydney Sport Centre' or the ‘Speedo Melbourne Aquatic Centre'."

Benton highlights that aquatic centres have often been named after former Olympic Champions - such as the Ian Thorpe Aquatic Centre and Michael Wenden Aquatic Leisure Centre, politicians (particularly in NSW) - such as the Whitlam Leisure Centre and Harold Holt Memorial Swimming Centre, or even historic events - with the Tobruk Memorial Pool/Baths in Cairns and Townsville as well as a number of 'War Memorial' pools being examples. 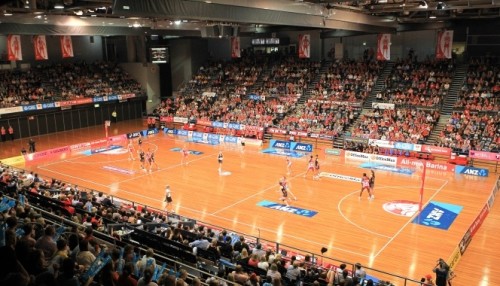 The NSW Government has also released plans for new development in the Sydney Olympic Park precinct that will include homes for 23,500 residents as well as new commercial and retail space, transport links and parklands.

The Sydney Olympic Park Masterplan 2030 includes plans to build 10,700 homes within the suburb, with NSW Planning Minister Rob Stokes explaining “this draft plan identifies how we could transform the area into a vibrant town centre where residents, workers and visitors can enjoy some of the best that Sydney has to offer.”

Click here for more information on the the Venue Naming Rights Expression of Interest for the Sydney Olympic Park Sports Centre (Contract No. NCSOPA16065)

Any parties interested in submitting a proposal for the Venue Naming Rights Sponsorship Opportunity should click here to register their interest and follow the instructions and detailed information available from the NSW Government e-tendering website.