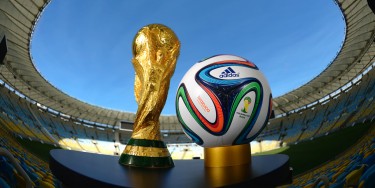 Facing a likely shortfall in its planned provision of hotel rooms for the 2022 FIFA World Cup in Qatar, thousands of football fans face the prospect of stating in Dubai and other Arabian Gulf nations, and flying into Qatar for games.

With its 2010 bid document having included for roughly 100,000 rooms, world football governing body had sought 60,000 rooms for visitors ready to the tournament.

However, consulting firm Deloitte’s latest Middle East Hotel Market Intelligence Report suggests that even with what Deloitte described as “aggressive growth” in development of 9 to 12% annually until 2022, Qatar will only be able to provide 42,000 rooms.

In the report, Deloitte stated “while investment into the hospitality and tourism sector in Qatar is growing and demand is steadily increasing, there is a risk that the demand growth will not be sufficient in order to sustain this level of supply growth post-2022 FIFA World Cup.”

While the Qatar Government has announced that the shortfall can partly met by cruise ships, providing 5,000 to 6,000 rooms, and another 1000 to 2000 in transportable, temporary accommodation, there remains a significant shortfall.

As a result, fans will have to travel to games from outside Qatar, from locations including from Abu Dhabi, Dubai and Oman.

Hassan Al Thawadi, Secretary General of the Qatar Supreme Committee for Delivery & Legacy has predicted that a million fans will attend the 2022 FIFA World Cup, more than three times as many as the 310,000 that FIFA said travelled to South Africa for the 2010 tournament, but less than the two million that attended the 2006 event in Germany.

While a shortfall of hotel rooms during the tournament would be an embarrassment for the ambitious Arabian Gulf nation, it also does not want to be faced with an oversupply of hotel rooms in the aftermath of the FIFA World Cup.