With the Wellington Rugby Union staring at a loss of upwards of $600,000 due to unsold tickets for the annual tournament at Westpac Stadium, the national body has backed the event, but warned it could be relocated in future years.

NZRU Chief Executive Steve Tew told the Dominion Post newspaper before Christmas "Wellington has sought some relief from the current contractual structure (and) we have taken a sympathetic approach to the fact the market has significantly changed.

"We have assumed a significantly larger proportion of the risk if the tournament is not sold to a certain number of fans."

After an initial surge of purchases after tickets went on sale in September last year, ticket sales, even at reduced prices, have been sluggish.

This has seen Wellington Rugby's previous $1 million annual windfall from the once staggeringly popular event set to turn into a significant loss. 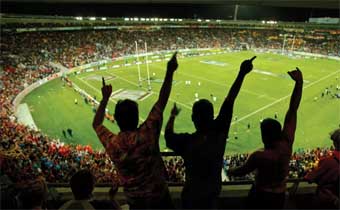 As a result the NZRA have efffectively stepped in to effectively take over the management and marketing of the event in a bid to mitigate the losses to all concerned for 2015 and, ideally, restore the tournament to a sellout in 2016.

Tew acknowledged promotion of the 2015 had been poor, stating "operationally, last year's tournament was fine but clearly we've missed a beat with the marketing for this year's tournament."

In 2014, demand for tickets led to delays with the event's ticketing platform.

He added "it's challenging in Wellington at the moment and it's not just the sevens, it's everybody … go and talk to the Phoenix.

We are not unlike other promoters in the city in that we are nervous.

"The appetite of Wellingtonians to go to events has changed, hopefully not permanently, but certainly significantly and it's going to put some things at risk, it really is."

The agreement with World Rugby (previously the International Rugby Union) for the tournament to be held in Wellington runs until 2016. If the event continued to struggle over the next two tournaments, Tew acknowledged a change of venue could be considered in 2017.

Westpac Stadium (pictured below) has a capacity of 34,500 but the Sevens tends to keep numbers closer to 30,000. 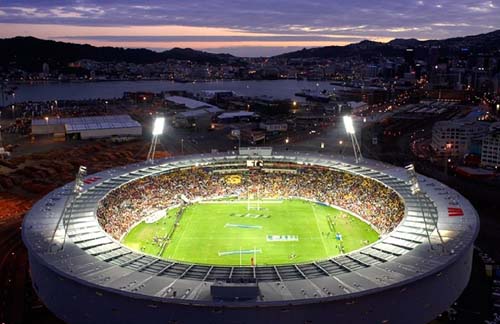 Between 2002 and 2012 the tournament sold out each year and in 2011 all tickets were sold in just three minutes.

It is understood the event still has ''a long way to go'' towards reaching the 30,000 mark for this year.

7s Wellington are being held on 6th and 7th February 2014. The event is part of World Rugby's HSBC Sevens World Series.

For more information go to www.sevens.co.nz