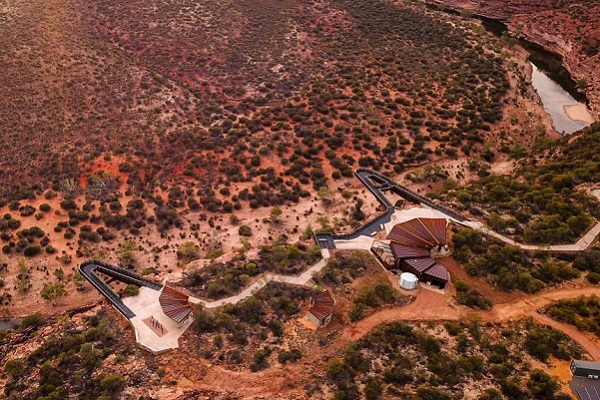 The $24 million project, which involved the construction of two cantilevered walkways, has been built to attract more people to the region with the steel structures, which are anchored deep into the sandstone, allowing visitors to look down into the gorge through steel mesh.

Rory Chapple, Skywalk project officer with Western Australia’s Department of Biodiversity, Conservation and Attractions, said the 100-metre drop is not as big as that at the Grand Canyon, but the Kalbarri project does rival its United States' namesake in size.

Chapple told media “(the walkway) extends 25 metres out over the gorge edge, which is further than the Grand Canyon Skywalk in America, so it is really quite spectacular.

"More than 1,000 tonnes of sandstone was excavated out of the top of the gorge to put the concrete beams in and they have been anchored deep down into the sandstone at the back and that holds the whole structure into place.

"So, it is quite complex engineering."

In a statement announcing the opening, Western Australian Environment Minister Stephen Dawson said the Skywalk would boost local tourism which had been hit hard by travel shutdowns during the coronavirus pandemic.

He advised “the Kalbarri Skywalk is projected to inject up to $73 million in additional expenditure over the next decade into the local economy and create jobs for tourism businesses, accommodation providers and associated service industries.

"There has never been a better time to get out and explore all that Western Australia has to offer." 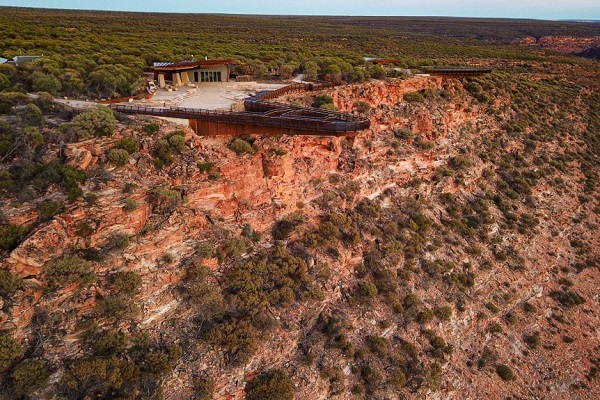 Art by the local Indigenous Nanda people is incorporated in the design of the project including play areas and the walkway leading to the platforms.

The Skywalk platforms are accessible for people using wheelchairs.

Reporting on a survey of its members, TCWA advised that one in three (34%) businesses said they are not viable with interstate restrictions, while only 26% agreed their business could replace out-of-state visitors with Western Australian visitors.”

Advising that local tourism alone is not enough to keep the sector viable, TCWA Chief Executive tolf 9news “this shows that interstate visitors are vital for tourism businesses to survive and retain jobs in their regional towns.”