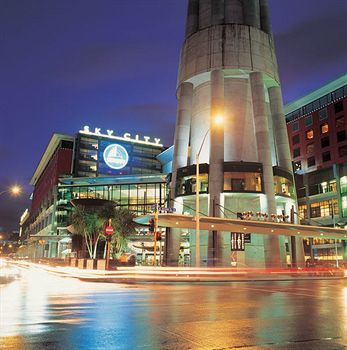 SkyCity is to get more poker machines and an extended casino licence in return for building a $402 million convention centre in Auckland.

Under a newly announced agreement with the New Zealand Government, SkyCity will meets the costs and will get in return a range of changes to benefit its gambling business.

These include 230 more pokie machines on its casino floor and more gaming tables. In addition, SkyCity's licence, which had been due to expire in 2021, will be extended to 2048.

The Government said the estimated cost of $402 million is made up of $315 million in construction and fit-out costs and $87 million in land costs.

The Tourism Industry Association New Zealand (TIANZ) has welcomed the deal, with Chief Executive Martin Snedden saying that the new international-scale convention centre will benefit both the tourism industry and the wider New Zealand economy.

Snedden explained "this will allow New Zealand to target a new and lucrative market, for large international conferences which we do not currently have the ability to host. We have lagged behind Australia and other international destinations which have major convention facilities.

"This is a completely untapped market segment for New Zealand, and will help us boost shoulder and low season travel."

It is estimated a national convention centre will boost New Zealand's economy by more than $90 million a year.

It is also expected to create 1,000 jobs during construction, another 800 positions when it is operational and support many more jobs across the economy, including in the accommodation, catering, transport and retail sectors.

Snedden added "many conference delegates will travel around New Zealand before or after their events, while others will choose to return with their families for private holidays."

Under the deal, SkyCity is required to increase measures to deter problem gambling.

However, Problem Gambling Foundation Chief Executive Graeme Ramsey says than two-thirds of the people who come to the foundation for help are addicted to pokies, and is concerned about the extra 230 machines.

Ramsey says extending the licence, instead of allowing a public review when it was due to expire in 2021, is also concerning as there's now no chance of a public debate about whether Auckland residents even want a casino.

By contrast, SkyCity Chief Executive Nigel Morrison says the casino is not a major contributor to problem gambling, telling Radio New Zealand's Morning Report programme, "with six million visitors a year it does need to be kept in perspective."

Morrison says getting the 27-year licence extension has been a big priority for SkyCity in reaching the deal as it gives certainty for the company and investors.

Construction is due to begin in 2014 and the facility is scheduled to open in 2017.