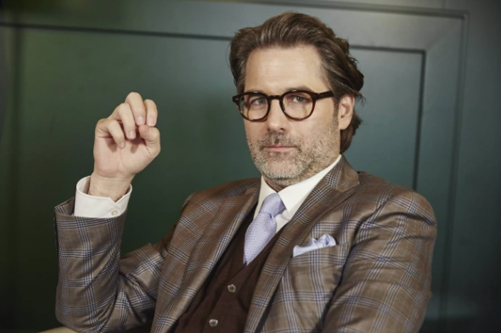 Jaimie Fuller, Chairman of sportswear company Skins and a longstanding campaigner for sporting integrity, has penned a scathing open letter to the board of Cricket Australia in the wake of the ball tampering scandal during the third Test in Cape Town.

In the letter, sent to Cricket Australia and published as a full page advertisement in the Sydney Morning Herald, Fuller referred to the ball tampering scandal as worse than the "underarm bowling incident" of 1981 when Australian captain Greg Chappell instructed his bowler to bowl underam in the last ball of a One Day International cricket match with New Zealand.

The statement from Fuller (pictured above), whose company once chose former Australian cricket captain Steve Waugh to be the face of its products, came as Australia crashed to a 322-run defeat in the Third Test against South Africa after admitting to cheating a day earlier.

Australian captain Steve Smith was booed off the field as wickets tumbled and later took refuge in their hotel where they were hounded by reporters outside.

The letter began "Ladies and Gentlemen, it's time to act. What you are presiding over is our national sport

"The Australian cricket team is one of the most beloved national teams in the country. 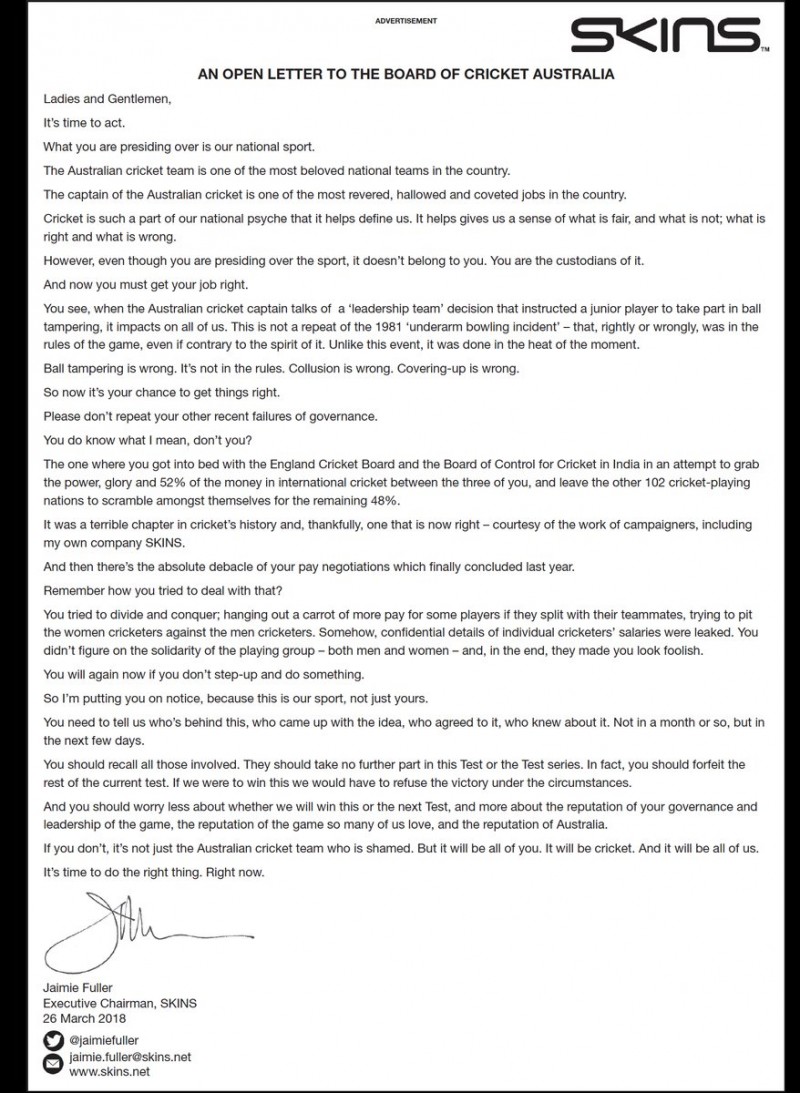 Fuller wrote that that cricket is part of the Australian national psyche, so much so that it helps define right and wrong.

Fuller also brought up the pay dispute which put the last Ashes series in jeopardy, calling it a "terrible chapter in cricket's history".

He added "I'm putting you on notice, because this is our sport, not just yours.

"You need to tell us who is behind this, who came up with the idea, who agreed to it, who knew about it."

The letter comes as Cricket Australia begin a full investigation into the ball tampering scandal, with its Head of Integrity Iain Roy having commenced interviews with players involved and coaching staff in South Africa as part of the investigation the cheating scandal.

Code of behaviour charges are expected to follow, leading to a verdict by an independent commissioner.

Both Smith and Australian vice captain David Warner have been banned from the final Test match in the series.