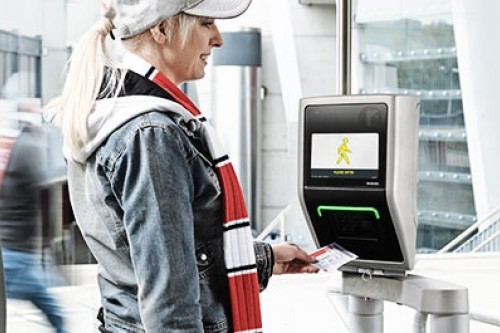 Technology from Austria is providing up to 800,000 football fans from around the world with quick and safe access to 12 FIFA World Cup matches at stadiums in the Russian capital of Moscow as the tournament progresses over the next month.

SKIDATA AG Chief Executive Hugo Rohnersaid explained “fast and safe access is a key issue for stadium operators, especially with the high volumes of spectators seen during a World Cup.

“SKIDATA access systems are more than capable of meeting such lofty requirements, worthy of a world champion, as proven by the speed record it set in 2014 : in just one hour, 2033 people passed through a SKIDATA gate, which secured the title of the ‘world’s fastest access system’.”

Besides the two World Cup stadiums, 12 other major sporting venues in Russia are equipped with SKIDATA systems.

In and around Moscow, all six football stadiums depend on the Austrian-made technology for their access management and the Otkritie Arena, home ground of Russian record-holders Spartak Moscow, is one of these.

Since 2013, it has used access readers and mobile handhelds to ensure safe, user-friendly and quick admittance as well as SKIDATA solutions for automated, centralised reporting. SKIDATA solutions are currently used in over 200 stadiums around the world.

In Australia, new distribution arrangements for SkiData have seen the establishment of a new business unit, independent of longtime distributor Wilson Parking.

With SkiData technology in use widely across Australia - at parking stations, airports, shopping centres and ski resorts – the news arrangements will see the product looking to expand its presence at ski resorts, stadiums, theme parks and museums.