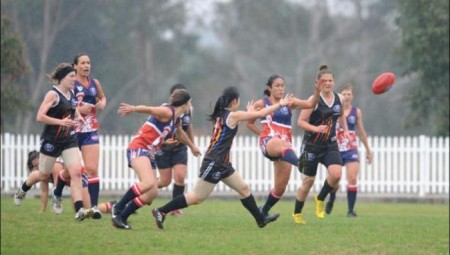 Victoria’s female football pathway will have a new look in 2017 with a host of new women's competitions to be established in local leagues across the state.

The VWFL’s 47 clubs and 60 teams will be integrated into neighbouring community league structures, with a further 80 clubs registering an interest to join their local women’s competition in 2017.

AFL Victoria Chief Executive Steven Reaper said that the extraordinary growth in women’s football across all levels in the state has allowed community leagues to launch their own female competitions.

Reaper explained “since 2015 we have experienced a growth of 100 new female teams each season which is an indication of the sheer enormity behind Australia’s fastest growing sport.

“It’s fantastic to see both regional and metropolitan community leagues embrace women’s football with many already establishing Youth Girls divisions in their region.

“Localised resources will now also help further develop the game in each region which will add further support and focus to women's football.”

Reaper recalled “when AFL Victoria took over the management and governance of the VWFL, it was always intended that when the competition had outgrown the resources needed to properly manage all divisions from head office, clubs would transition back into community leagues, not dissimilar to the evolution of the Youth Girls competitions from AFL Victoria to local level.

“We are delighted with the positive response from community leagues, with some local clubs already looking to have senior men's and women's teams in the one competition.

“This new structure will provide a number of benefits to clubs, including better access to umpires and localised resources which will also help with fixturing and ground allocation.”

Established in 1981, the VWFL has played an important role in the female talent pathway both on and off the field and has been the starting point for many players, coaches and administrators for more than 35 years.

Reaper added “the VWFL has a rich and important history in the development of female football.

“The VWFL and all involved have played a major role in developing women's football and have assisted in realising the long held dream of a national women's competition.

“It is with that in mind that AFL Victoria is undertaking a number of projects to preserve the history of the VWFL, including the formal documentation of the VWFL’s history including a hard cover publication, as well as installing a VWFL honour board at AFL Victoria’s head office.”

The VWFL’s integration with AFL Victoria has led to the positive establishment of the Swisse VFL Women’s state league which has produced over 90 Victorian draftees to the inaugural NAB AFL Women's league in 2017.

In addition, the VWFL’s legacy has led to a revamped staffing structure which now includes a dedicated Female Football Talent Manager, a comprehensive women’s Academy program and now a local competition structure that will help build the foundations for a strong talent pathway and participation base for the next generation of female stars.

Reaper concluded “while it is an end of an era, this is the next step in the evolution of women's football in the state, which is an exciting time for all involved.

“AFL Victoria would like to thank our VWFL partners in CFA, JMS Hospitality and Melbourne Football Club for all their support of the league in 2016. “We would also like to thank Adrian Fisher as the VWFL’s Umpire Coordinator and all the clubs and committees who have put in many hours to ensure their club could compete in the VWFL.”

AFL Victoria will continue to work closely with community football leagues over the coming months to ensure a smooth transition of the new competition structure.