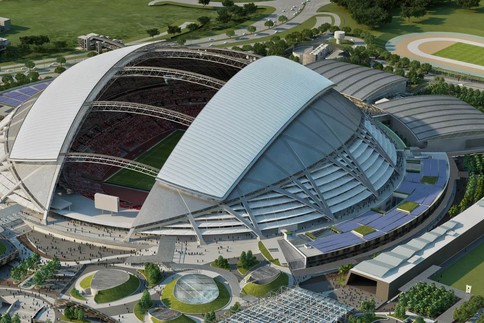 The Southeast Asian (SEA) Games will return to Singapore in 2015 after the city-state was awarded the hosting rights to the multi-sport event.

According to the Singapore Straits Times, the SEA Games Federation's decision to award the 28th edition of the Games to Singapore will see the event staged at the new Singapore Sports Hub.

Singapore had been in consideration to stage the 2013 Games, but had to withdraw from the race due to delays in building work at the hub, according to AFP.

The SEA Games Federation met in the Indonesian city of Palembang, which is currently co-hosting the 2011 Games with Jakarta. Myanmar will stage the 2013 Games.

Singapore's Acting Minister for Community Development, Youth and Sports, Chan Chun Sing, was delighted that Singapore will host the event for the first time in 22 years.

Sing told Channel News Asia that the development of Kallang Sports Hub was progressing well, stating "in 12 months' time (we will) see the dome of the stadium up and once that milestone is reached then we would have passed a critical milestone.

"(Of course), like all things in Singapore, we always have a plan B in the event of any hiccups in the construction of the stadium. So no worries, we will make sure that we put up a good show with Singaporeans and for Singaporeans."

Chan also said that the Games would be "not just for the athletes, but for the whole of Singapore", adding that it would be an opportunity "for all Singaporeans to come together to celebrate and to play an active part in the Games".