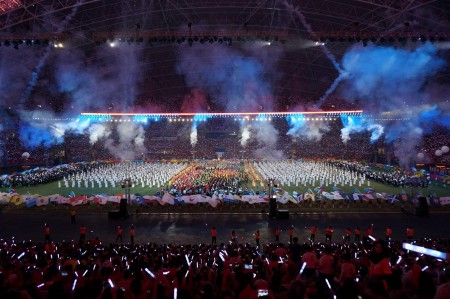 Celebrating its recent official opening, the S$1.3 billion Singapore Sports Hub is aiming for recognition as one of the world's top sporting venues.

Located at a 35 hectarea site in Kallang, the Singapore Sports Hub was officially opened by Singapore Prime Minister Lee Hsien Loong on 26th Julyat Youth Celebrate!, an event co-organised by the Ministry of Education and Ministry of Culture, Community and Youth to showcase Singapore’s youth and their achievements in sports, arts and the uniformed groups.

"It must be a venue which brings enormous national pride to Singaporeans, and a venue which many from around the world will be in awe of.

“The Singapore Sports Hub is the first arena in the world to combine world-class facilities for football, rugby, athletics and cricket, while seamlessly integrating community lifestyle, sports and entertainment.”

Since its soft launch in June last year, the Sports Hub, which includes the 55,000-capacity National Stadium, OCBC Aquatics Centre, OCBC Arena, and water sports centre, has since hosted more than 100 events with over 1.1 million attendees across all its venues.

Collin-Delavaud said that due to the scale and ambition of the Sports Hub project —the largest public-private partnership project in the world — meant that it was inevitable that it would experience teething issues.

The initial Desso GrassMaster pitch at the National Stadium drew criticism from international football teams and fans alike for its sandy conditions, with the issue resolved after the decision to switch to a lay-and-play solution.

Collin-Delavaud explained "we have inevitably encountered challenges and teething issues on opening, but we have met these head on and worked tirelessly to deliver a world-class product for Singapore."

Despite the challenges, the Sports Hub held up well during its biggest test, as it hosted 10 sports events during the South East Asian (SEA) Games from 5th to 16th June. 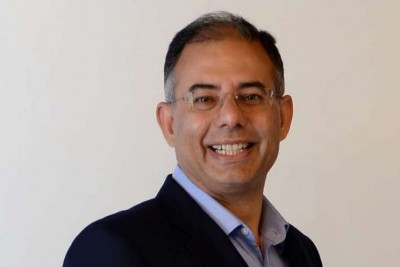 Delavaud said that the “completion and readiness” of the venue in time meant that Singaporeans were able to enjoy their favourite sports and cheer their sportsmen in a world-class environment.

“The Singapore Sports Hub eco-system rose well to the challenge of hosting the complex series of sporting events, which had very high technical specifications and requirements."

Since his interview with TODAY, it has been announced that Collin-Delavaud, who has been Chief Executive of the venue since March 2011, overseeing the construction of the facility, is to be replaced in the role by Singapore national Manu Sawhney.

Sawhney will join the Singapore Sports Hub from September as Chief Executive-designate, with Collin-Delavaud to stay at the Sports Hub until the end of December to ensure a smooth transition.

Sawhney was part of the steering committee of the 2015 SEA Games, and also currently serves as a director of football club Manchester United. He last held the position of Managing Ddirector of ESPN Star Sports.

In a statement, Sawhney explained "I am honoured to be given the opportunity to steer Sports Hub's operations and look forward to building on the strong foundations already in place."

Images: The opening of the Singapore Sports Hub (top) and Manu Sawhney (below).