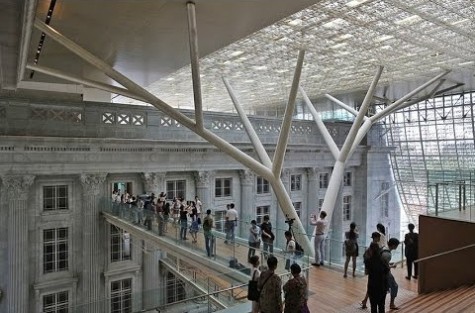 More than 3.7 million people visited Singapore's national museums and heritage institutions last year, a 27% increase over 2014 and a record for the nation’s arts sector.

A newly released report by Singapore’s Ministry for Culture, Community and Youth also showed that non-ticketed cultural events that did not require tickets - including the Singapore Night Festival and the Singapore HeritageFest - also saw a sharp increase in attendance from 5.2 million in 2014 to 6.2 million last year, while attendance for ticketed performing arts events increased slightly to 1.9 million.

The report demonstrates that 2015 was a good year for Singapore cinema, which attracted revenues of S$11.2 million at the box office last year, recovering from a sharp dive to just over S$4.7 million in 2014, although it is still below the S$13.2 million in 2013.

Published annually since 2008, this year’s Singapore Cultural Statistics report, showed that the Singapore Arts Museum posted the best performance among the museums in terms of visitorship which stood at 903,357 last year - an all-time high.

However, he number of people going to the National Museum of Singapore - parts of which were closed for renovation for about a year before re-opening in September last year - has gone down since 2013, from about 1.2 million that year to just 774,555 in 2015. Similarly, visitorship to the the Asian Civilisations Museum has been on the decline, from 813,100 in 2011 to 349,587 last year.

The report said that last year’s overall high attendance in national museums and heritage institutions was aided by the opening of the Indian Heritage Centre in May and The National Gallery Singapore in November.

In just the first two weeks of its opening, over 170,000 visitors flocked to The National Gallery Singapore, exceeding initial expectations by more than 40%. 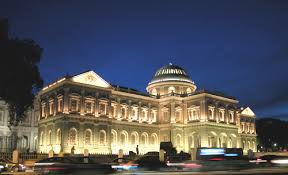 The museum reached its one millionth visitor mark in June this year.

Financially, the Singapore Government’s funding for arts and culture last year stood at an estimated S$929.9 million, surpassing the S$885.2 million in 2014, and the highest since the Government began publishing the report in 2008.

More than half of the funding went towards arts and heritage.

Private contributions in the form of cash, in-kind donations and sponsorship to the arts sector also shot up to S$150 million last year from S$62.3 million in 2014.

The sector’s nominal value-add - the value-add after taking out costs like materials, rental and equipment - was S$1.7 billion in 2014, compared to just over S$1 billion in 2004.

Commenting on the figures in the report, Alvin Tan, Artistic Director of theatre company The Necessary Stage said the positive figures bode well, especially for the national museums. The next step, Tan said, is to sustain this momentum and one suggestion is to have interdisciplinary art forms in the museums such as by mixing theatre with visual arts.

Tan stated “you need to break the traditional forms of arts. It will make it more exciting for visitors.”

Dr Hoe noted that the Our Singapore Conversation series showed that arts and culture were ranked as one of the lowest priorities for Singaporeans.

She concluded “for a healthy arts scene, we need to ask questions such as are we supporting the artist, the art, or its public dissemination?”