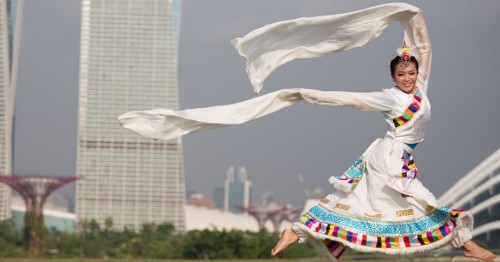 In recognition of the importance of traditional arts and to ensure its growth at a sustainable level, the initiatives are intended to address the existing structural limitations of the sector and meet the needs of the traditional arts community.

A total of SG$23 million, provided under the five-year National Traditional Arts Plan will be dedicated to improving the quality of productions, growing potential peak companies as well as increasing audience base and accessibility to the art form.

NAC Director of Sector Development Elaine Ng, explained the focus on traditional arts, "Singapore, made up of a diversity of cultures from some of the oldest civilisations in the world, received its earliest cultural capital from the traditional arts. They have been vital in shaping Singapore's unique identity as well as contributing to its living cultural heritage and continuity. At the same time, they are a deep resource of inspiration and innovation for the development of distinctive Singapore content.

"Recognising this, NAC has continually invested in the traditional arts. In order to deepen our engagement and development efforts, the Council will augment the current support framework to strengthen capabilities of our traditional arts practitioners and sustain a broad, appreciative audience base".

On average, 26% of NAC's grants are directed towards supporting the traditional arts.

The artistic and management capabilities of traditional artists and arts groups are developed through seminars, workshops, short-term residencies and training programs at established institutions.

In addition to NAC's direct assistance, the traditional arts sector increasingly receives support from other public agencies and institutions for its value as an intangible cultural heritage, as well as in engaging the community to promote inter-racial understanding and national bonding.

Yet challenges remain in promotion of the traditional arts in Singapore. The practice of traditional art forms is deeply skill-based. The fast pace of life in Singapore is often in direct competition with the demands of a practice which requires a high level of skills and competencies to perfect the art.

As with other many other countries, traditional art forms in Singapore have been seeing a decline in interest and participation over the years, particularly among the young. This is compounded by a general lack of teaching, research and documentation as well as limited platforms for critical discourse on traditional art forms.

These are critical for continued growth and development. There is a pressing need to address these issues; to grow participation, to develop a deeper appreciation and understanding of the art forms, and to evolve the means by which traditional arts engage with the contemporary such that it remains relevant to the daily lives of modern Singaporeans.

NAC has, through the years, provided support to traditional arts practitioners through its various assistance schemes. However, given that the traditional arts span various art forms and three main ethno-linguistic groups, more resources are required to create a significant impact in terms of enhancing audience development and engagement with the traditional art forms and growing a pool of artists and arts groups with improved technical, artistic and administrative capabilities. 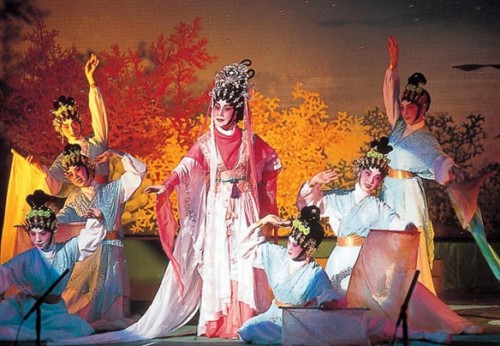 Initiatives to Augment Support Framework
NAC has developed three initiatives which will expand and complement existing schemes to boost growth and enable sustainable development of the traditional arts. Specifically they aim to develop a broad base of practitioners, groups and interest groups; hone artistic, administrative and technical skills; develop distinctive and original content and increase access through community and audience outreach.

It covers the direct costs of producing and staging a traditional arts performance or mounting an arts exhibition.

Artists and groups can use the funds to engage professional artistic and production personnel, subtitling services and the hiring of professional marketing and public relations agency.

Such additional support would serve to raise the quality of productions and enhance audience experience and appreciation for the traditional arts.

This two-year seed funding is provided to a limited number of promising traditional arts organisations with the objective of strengthening and advancing their long-term artistic growth and organisational health.

The scope of assistance will cover operating expenses of the organisation, capability development for both artistic and administrative personnel, content development, education and outreach efforts as well as in research and documentation.

The long term aim is to develop and grow more full-time traditional arts organisations which promote the ethnic and cultural vibrancy of Singapore's arts scene; provide quality programs; and play a significant role in their specific area of art form or specialisation.

Criteria for assessment include significance of the traditional art form in Singapore's artistic context, artistic/professional excellence, engagement with audiences and organisational excellence.

The objective is to enhance the visibility of traditional arts and increase its accessibility to the wider community to cultivate greater participation in and appreciation of the art form.

To increase awareness of traditional arts, NAC will collaborate with key platforms such as the District Arts Festivals by Community Development Councils and the Singapore Heritage Festival to showcase quality traditional arts and community-based arts talents.

NAC will also support community nodes that are keen to develop sustained traditional arts programs and initiatives to engage their communities.

Interactive activities such as talks and workshop demonstrations on traditional arts will be featured on a more sustained basis at community spaces.

NAC intends to work with schools to increase the level of exposure to traditional arts for students and to raise the standard of traditional arts practitioners conducting workshops in schools.

Education materials and exposure tours to traditional arts linked programs will be developed to enhance the learning experience.

NAC will work with clan associations and cultural groups to create traditional arts contents that will be able to engage at school and community levels, and to mentor and facilitate interest groups.

In addition to the current efforts and new initiatives, NAC will continue to explore seek new opportunities and partnerships to improve artistic standards, raise the capability of practitioners, and increase the accessibility of traditional arts in Singapore.