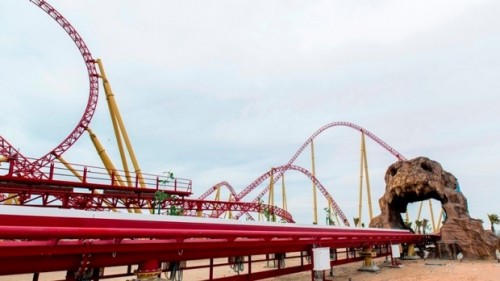 Theme parks in Dubai have a critical year ahead as they grapple with fewer-than-expected tourists and local visitors for last year amid the economic slowdown, according to analysts.

At DXB Entertainments’ Dubai Parks and Resorts, offers on ticket prices that were introduced in December have been extended until 28th February. The tickets, which give access to all the firm’s parks, now cost Dh295 and Dh530 for one and two days, respectively, for adults. In September, it announced similar tickets at Dh480 and Dh730, respectively.

Mohamed Zein, an analyst for the investment bank Renaissance Capital Dubai, told Arabian Business “it seems that the company’s number of visits projected for this year at 6.7 million may be difficult to achieve but the company does not intend by all means to sacrifice its brand equity by providing higher-than-usual price discounts.”

DXB Entertainments initially expected that the visitor profile would be skewed towards international tourists at 70% with the rest from the UAE.

"At this stage, (DXB Entertainments) expects the reverse, indicating there may be some difficulty attracting tourists.”

On Tuesday, the Dubai-listed company, which opened its theme parks from November, said it received 323,489 visits in the last two months of 2016. It is promoting the destination in Saudi Arabia, India and the United Kingdom and tied up with 120 hotels in Dubai. It will add a Lego-themed hotel at the park but did not specify an opening date. 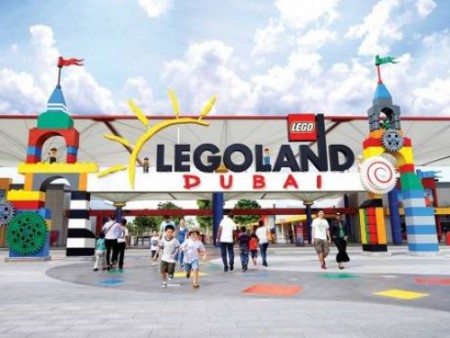 DXB Entertainments’ Six Flags Dubai resort is on track for a late 2019 opening after construction started in July.

The number of visits in the last two months of last year fell 40% to 50% short of consensus expectations, along with the reported average spend per visitor, according to Mohammad Kamal, an analyst with the financial services company Arqaam Capital.

Kamal “this is likely to improve as the business fine tunes the offering, but 2017 is in our view a decisive year for the DXB Entertainments brand, and the market’s confidence in footfall and visitor yield projections.”

Its main competitor is the IMG Worlds of Adventure, which announced that it will expand its 20 rides and attractions, including a new 12-screen Novo Cinema.

IMG Worlds of Adventure reduced ticket prices to Dh195 for an adult and Dh175 for a child, from Dh300 and Dh250, respectively. The theme park expects to receive 4.5 million visitors in its first year of operation.

DXB Entertainments posted a loss of Dh484.8 million for last year and total revenues of Dh75.9m. The previous year, it lost Dh110.9 million but its attractions were not operational. Theme park attendance in the UAE is expected to touch 19 million by 2020 up from 3.7 million in 2015, when neither Dubai Parks and Resorts nor IMG Worlds of Adventure were operational, according to the Colliers International.

Images: IMG World of Adventures (top) and Legoland Dubai (below)