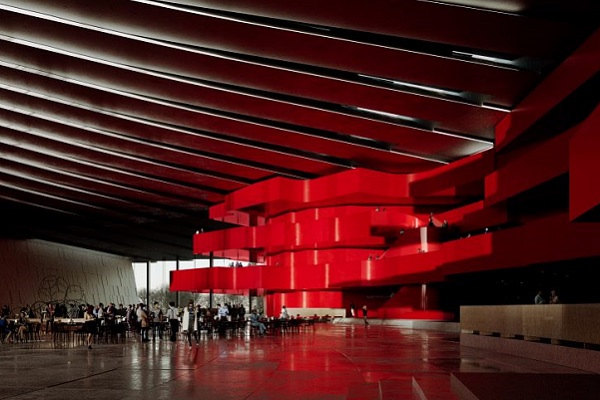 The Shanghai Municipal People's Government has released a five-year cultural development plan, revealing its expanded plans for new museums and cultural venues in the city.

The 14th plan for the development of its cultural sectors (2021-2025) released by the Shanghai municipal government, it sets out the ambitions to become an international cultural metropolis by the end of 2025 with its new cultural venues, including the Shanghai Grand Opera House, Museum of Art Pudong (MAP), and branches of the Shanghai Museum and Shanghai Library, to debut before by that time.

Advising that Shanghai has around 250 museums and galleries and stages approximately 2,000 annual exhibitions that attract more than 20 million guests, Fang Shizhong, Director of the Shanghai Administration of Culture and Tourism, told Shine “Shanghai welcomes curators with original and innovative ideas.

“The city is planning an ‘art season’ in the future when the many art venues can share their resources and attract international cooperation.

“We will also encourage the application of VR and AR technology to improve the experience of visitors to the historical structures, which can also help in protecting the old buildings.”

Aiming to become one of Asia’s top cities for performing arts, the city also aims to stage approximately 50,000 performances by 2025.

According to Liu Haiying, Director of the Publicity Department’s Cultural Reform and Development Office, Shanghai plans to produce a handful of original films or TV shows each year.

Lui advised “we encourage more creations on historical, realistic and patriotic themes, as well as works emphasising the characteristics of our era and regional culture.

The Shanghai Astronomy Museum, a branch of the Shanghai Science and Technology Museum, recently opened to the public. It is the world’s largest planetarium, and part of Shanghai’s cultural development plan.