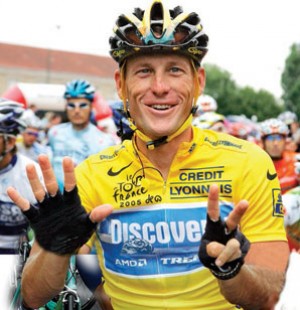 The former NSW Premier believes Armstrong ducked key issues relating to his cheating in his TV interview with Oprah Winfrey.

Both Fahey and the United States Anti-Doping Authority (USADA) want the disgraced cyclist to explain the full extent of his doping "under oath" in a legal context.

Fahey(pictured below) told the BBC "that is his way forward if he is serious.

"Don't go on a show with a woman who will give benign questions, lead you to the answers and not follow up when you don't answer properly.

"But is he going to do it? Probably not. If he was prepared to do it, he probably wouldn't go down the Oprah Winfrey route in the first place."

Armstrong was stripped of his seven Tour de France titles in 2012 after he was found guilty of doping, but had always maintained his innocence until he confessed to cheating in the first of a two-part interview with Winfrey, broadcast on Friday.

The American cyclist revealed he took performance-enhancing drugs in each of his Tour wins from 1999-2005 but said doping was "part of the process required to win the Tour".

He also said he did not feel he was cheating at the time and viewed it as a "level playing field" but now admits that "all the fault and blame" should lie with him and he was a bully who "turned on" people he did not like.

Armstrong added that he would now co-operate with official inquiries into doping in cycling. 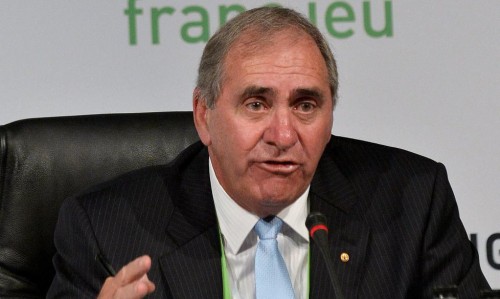 But WADA President Fahey has called on the 41-year-old to name names.

Fahey added "I think his credibility has suffered.

"If he is serious about redemption, he will go before an appropriate tribunal, give evidence under oath, subject himself to cross-examination, name names, say who in the entourage was helping him cheat, who supplied the drugs, which officials warned him he might be tested and who in the way of riders was associated with it.

"He claims he was doing what everyone else was doing. If he wants to help cycling and redeem himself, he should expose all, and not just conveniently give a few titbits that really tell us what we already know."

USADA Chief Executive Travis Tygart has also called on Armstrong to explain himself before a court, adding "if he's sincere in his desire to correct past mistakes, he will testify under oath about the full extent of his doping activities."

USADA was the agency that brought the charges against Armstrong after US Federal prosecutors dropped their investigation into alleged doping.

The American filed a lawsuit against USADA last July, accusing them of "corrupt inducements" to other cyclists to testify against him before stating in August that he would not fight doping charges filed against him.

He was subsequently stripped of his titles since 1995 but maintained his innocence up until the interview with Winfrey.

Tygart stated "Lance Armstrong finally acknowledged that his cycling career was built on a powerful combination of doping and deceit.

"His admission that he doped throughout his career is a small step in the right direction."

The achievements of USPS/Discovery Channel pro cycling team, of which Armstrong was part of, were, according to the USADA), accomplished through the most sophisticated, professional and successful doping programme that sport has ever seen.

The American was "engaged in serial cheating" and his career at the team was fuelled from start to finish by doping.

Cycling's world governing body UCI came under scrutiny in the interview. It had been alleged that Armstrong had paid UCI to keep quiet about positive drugs tests.

But UCI President Pat McQuaid said Armstrong's confession revealed there was no collusion, stating "Armstrong's decision finally to confront his past is an important step forward on the long road to repairing the damage that has been caused to cycling and to restoring confidence in the sport.

"Armstrong has confirmed there was no collusion or conspiracy between the UCI and Lance Armstrong. There were no positive tests which were covered up and he has confirmed that the donations made to the UCI were to assist in the fight against doping.

"Finally, we note that Lance Armstrong expressed a wish to participate in a truth and reconciliation process, which we would welcome."

But Fahey criticised the UCI for failing to do enough to tackle doping in the sport, and questioned McQuaid's future.

Fahey concluded "they have got to make some moves that will change the way the sport operates, and if that involves current office bearers, so be it."