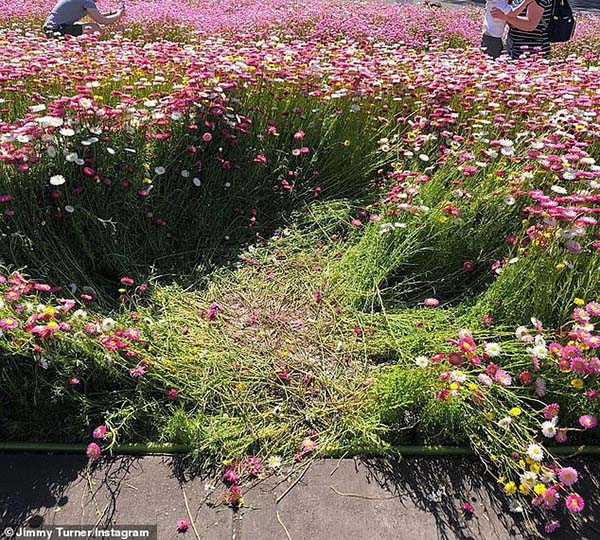 Selfish 'selfie' visitors have shown disregard for the Western Australian Paper Daisy display at The Australian Botanic Garden in Mount Annan Botanical Gardens over the weekend.

Mt Annan’s horticultural team are upset that the display has been damaged so early in the season.

Jimmy Turner Director of Horticulture Operations at Royal Botanic Gardens and Domain Trust noted that some visitors have had complete disregard for the Paper Daisies which had recently blossomed at The Australian Botanic Garden in Mount Annan.

Turner expressed his disappointment through social media channels posting on instagram
“well we did have the perfect Paper Daisy display @australianbg until visitors decided that their #SelfishSelfies were more important and trampled the plants everywhere. So disappointing, our gardens are not respected as they should be. Our horticulturists work so hard, then this.”

Turner advised there are selfie paths and three selfie pads for visitors which were ignored, leaving the spectacular flowers crushed.

Earlier this month, Botanic Gardens & Centennial Parklands announced that with the arrival of Spring, Sydney’s three botanic gardens including Australia Botanic Garden Mount Annan had started to bloom advising that Mount Annan’s Garden’s most noted spring display is the Western Australian Paper Daisy display which runs throughout September to the end of October and is one of the most visited and photographed flower displays in Sydney.

John Siemon, Curator Manager of the Australian Botanic Garden, Mount Annan, was 'disappointed' that his team's efforts were damaged so early in the season advising the SMH:  “[I'm] so disappointed for my team, after eight months of planning and five months of nurturing, that a select few of our visitors can destroy sections of our spring paper daisy display in seconds.”