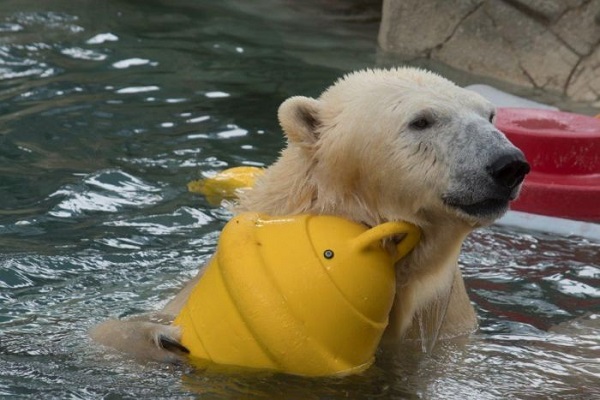 Gold Coast theme park Sea World says it is "deeply saddened" by the death of one of its polar bears over the weekend.

Liya, 19, was born in Russia and was moved to Sea World in 2001 as part of an international breeding program.

The cause of death is not yet known with Sea World Head of Marine Sciences Wayne Phillips saying it was unexpected.

Phillips stated "she was an amazing bear and a wonderful ambassador for her species and for climate change.

"Liya was normal in behaviour and demeanour leading up to Saturday evening, but at the same time, Liya - being 19 - had reached the normal life expectancy of a polar bear."

During her time at Sea World shoe became the first polar bear to give birth in Australia, having two cubs, Mishka, who also lives at Sea World, and Henry, who was sent to Canada several years ago. 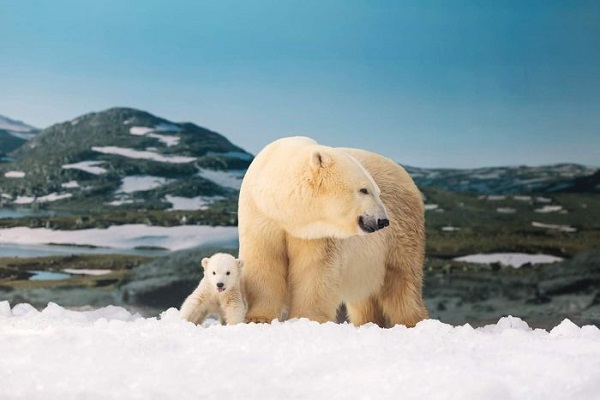 Phillips said Mishka was coping fine, having been weaned years ago.

He said the polar bear would leave an enduring legacy at the theme park and around the world with all the visitors that saw her, commenting "we're proud that Liya lived a full and enriched life here at Sea World and that her public awareness that she gave to millions and millions of visitors over the years is a legacy that we'd like to continue."

Advising that the theme park had three other polar bears and had not thought about replacing Liya yet, adding "we'll talk to the international breeding groups and see if they would like to continue breeding and in that case we may need to look at the genetics of our group and decide whether we bring in another bear."

Polar bears live about 15 to 18 years in the wild.

Sea World has a widely acknowledged record of excellence in its animal care.

Images: Polar bear Liya was born at Leningard Zoo in Russa and moved to Sea World in 2001 (top) and Liya with one of the cubs she gave birth to during her time at Sea World (below). Courtesy of Sea World/Village Roadshow Theme Parks.