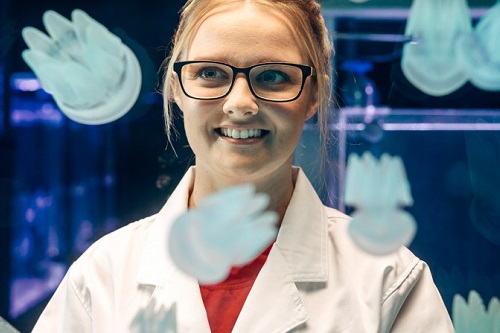 Sea Jellies Illuminated features an array of sea jelly displays and educational elements to take Sea World guests on an illuminating journey as they delve into the fascinating underwater world of these aquatic animals.

Sea World’s acting Head of Marine Sciences, Marnie Horton said sea jellies rank among the most fascinating creatures of the sea and he is extremely proud to open this world-class exhibit with Griffith University.

Horton advises “Sea Jellies Illuminated is a visually impressive exhibit but importantly it also provides greater public awareness and education about a varying species of jellies, which are often misunderstood.

“Guests can now get an up-close look at and be able to learn about a variety of local Australian species such as the Blue Blubber (Catostylus sp.), the Moon jelly (Aurelia aurita), Upside Down jellies (Cassiopea sp.) and many more in illuminated displays.

“In addition to the exhibit Griffith University have a working research centre on the top-floor of the exhibit which will allow scientists to learn more about the species.

“There is also Surf Life Saving Queensland information within the exhibit to educate guests about symptoms of stings and what to do if stung while using the marine environment.”

“The laboratory provides an amazing opportunity for the public to see research being done and to gain greater understanding of what scientists do, why research is important and how research benefits the environment and society.”

Surf Life Saving Queensland Chief Operating Officer, George Hill said the exhibit is an unprecedented opportunity to educate the public on safe co-existence with marine jellies in their environment.

Hill concluded “there are a lot of myths and misconceptions surrounding sea jellies and treatment, and an opportunity to educate the public on sting prevention, the right treatment and more importantly identifying dangerous species like Irukandji, is vital to our vision at SLSQ.”