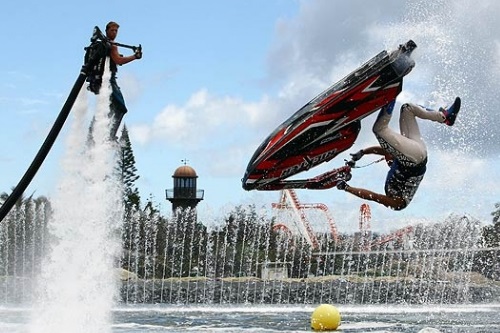 19-year-old Lee Stone, widely recognised as one of the single greatest freestyle riders the world has ever seen, is the star of the show while Australian Jon Cooke, former X Games Gold Medal Winner and first Australian Flat Water Freestyle Champion will also take to the water in the action packed extravaganza.

The visually spectacular show is running for a limited season from 16th December to 23rd January 2011, and is already wowing the holiday crowds.

Sea World is also applying the final touches to its new Penguin Encounter exhibit in preparation for its Boxing Day opening.