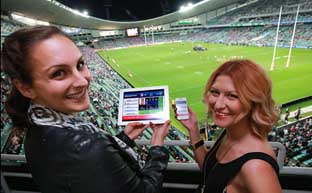 The Sydney Cricket & Sports Ground Trust has collected another major award at the Stadium Business Awards held in the Spanish capital of Madrid overnight.

The Trust won the Venue Technology Award for its technology upgrade at Allianz Stadium.

Welcoming the award, presented at Real Madrid's Estadio Santiago Bernabéu, Trust Chief Executive Jamie Barkley expressed his delight, stating "the Trust’s vision was to improve the event day spectator experience and become the most connected venue in the southern hemisphere.

“It was a huge undertaking requiring buy-in of all stakeholders across the project.

The Trust was shortlisted in four award categories at the 2016 awards and was the only southern hemisphere venue to be recognised by the judges. 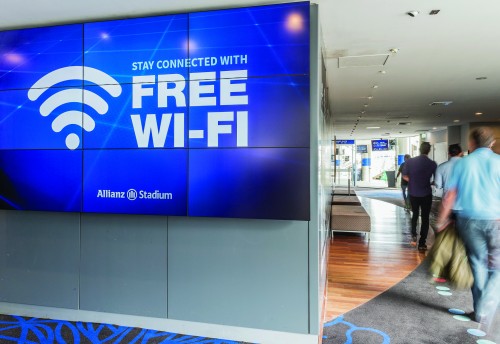 The Trust was a finalist in the sustainability and environment award for the environmental achievements and practices of the grounds staff, and the project of the year award for fan engagement technology.

Barkley was also short-listed as Executive of the Year - a nomination resulting of the Trust signing multiple long-term contracts to an unmatched collection of premium sporting content, including all Sydney Swans matches and AFL Finals for the next three decades, all international cricket for the next seven years, and all NSW Waratahs regular season and finals matches until 2031.

The SCG Trust has enjoyed previous success at the Stadium Business Awards having won three venue awards across the project and sport categories.

In 2015, the SCG won two prestigious awards including the Sports Event of the Year for the 2014 Major League Baseball Opening Series between the Arizona Diamondbacks and LA Dodgers, and Project of the Year for the MA Noble, Don Bradman and Dally Messenger stand redevelopment.

The SCG Trust was awarded The Stadium Business Awards 2013 Sports Event of the Year for the fan experience provided at the 100th Test Match at the Sydney Cricket Ground.

For more information and a full list of all winners go to www.stadiumbusinessawards.com