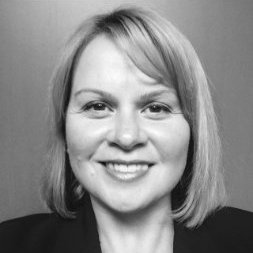 Caron Lefever, the Sydney Cricket Ground Trust's popular Media Coordinator, has been named Team Player of the Year at the global 2012 The Stadium Business Awards held in Turin, Italy.

Lefever, who has worked with the Trust for 11 years and is regarded as being among Australia's leading venue media managers, beat an international field of finalists to emerge as the winner.

The Team Player category recognises "an individual who has delivered outstanding service, contribution and loyalty to a particular stadium, arena or major sports venue."

Lefever was unable to personally attend the awards evening but was thrilled to hear the announcement, stating "it was an honour just to be nominated. To be named the winner is unbelievable. I am very grateful to the Trust and Chief Executive Jamie Barkley for their support.

"I am just one of 90 staff, and this award represents our team who strive to give their best at every event we stage."

Lefever is responsible for managing press operations at the Sydney Cricket Ground and Allianz Stadium.

Her role is varied from managing press operations at nearly 80 international and domestic events staged at the venues per year, plus organising mid-week access for media activities of seven home teams, general film and photo access requests, marketing and PR, and staging Trust announcements.

Metricon Stadium on the Gold Coact was a finalist in the 'Best New Venue' category at the Awards.

The Stadium Business Awards honour achievement and innovation in the stadium sector over the past 12 months.

Thousands of nominations were whittled down to create the shortlist, which were judged by an independent panel of industry figures, including: