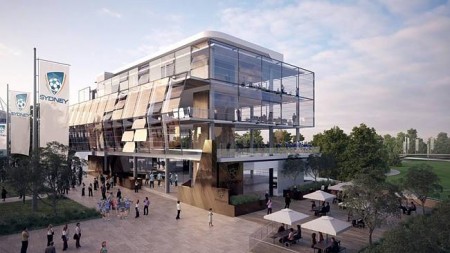 The Sydney Cricket & Sports Ground Trust has partnered with the University of Technology Sydney (UTS) that, from 2016, will see fully embedded teaching and research programs offered at Sydney's Moore Park entertainment and sport precinct.

The partnership will see UTS  transition its sector-leading sports science and management courses, as well as its related research activities, to the SCG and Allianz Stadium precinct.

"There (will be) no better place to study sport than at Allianz Stadium and SCG, the grounds where so much of Australia's rich sporting history has been made."

UTS Vice Chancellor, Professor Attila Brungs added "taking the sports sciences to the sporting field means UTS can ensure relevant and high impact learning and research outcomes for scholars and sportspersons alike, and the Trust had the vision to see that.

"Our Moore Park campus is sure to create a number of social and economic benefits for Sydney.

"Not only is it sure to provide Sydney-based teams with a competitive edge in national and international competition, but it will be a must-visit destination for study groups from industry, government and academia from growth markets such as India and China."

While similar to arrangements at leading European stadiums including the Bernabeu in Madrid, Spain and London's Wembley Stadium, this partnership is the first of its kind in Australia.

It is further strengthened by the University's Elite Athlete's Scholarship program, which includes such talent as NSW cricketers Pat Cummins, Alyssa Healy and Harry Conway.

Crucially, it will mean the next generation of UTS educated sports scientists and administrators are in close proximity to the elite sports already based at Moore Park, including cricket, rugby league, rugby union, Australian rules and football.

Ultimately, UTS's Moore Park campus will be housed in Sports Central, a proposed new development which will also serve as a new home and centre of excellence for cricket in NSW.

Sport is a $620 billion industry worldwide and a major contributor to the NSW economy, as well as the health and well-being of Australians.

Sports Central – a major component of the Trust's Master Plan – will see the development of a range of new facilities including a world-class indoor cricket centre, a vast sports museum, new member facilities, a child care centre and the $8.8 million university campus.

Further, it will open up the Moore Park precinct to use seven days a week, creating new linkages between the local communities that surround the SCG and Allianz Stadium.