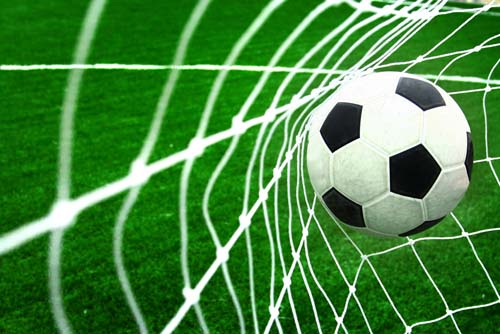 Efforts to reform the governance of football in Asia have stalled more than a year after world governing body FIFA ousted disgraced former Asian Football Confederation (AFC) President Mohammed Bin Hammam In the sport’s worst corruption scandal that tainted multiple members of the executive committees of FIFA and the AFC.

“The audit’s purpose was to deal with Bin Hammam. It served its purpose. It’s been buried,” said an AFC executive committee member, suggesting that establishing facts as the basis for reform had not been the group’s primary purpose in commissioning the audit.

Reform has all but disappeared from the AFC’s agenda with the removal of Bin Hammam, a Qatari national. Instead, with elections for the AFC presidency and FIFA’s Asian vice presidency scheduled for next year, attention is focused on efforts by football autocrats to rally the wagons in defence of their positions rather than democratize and make more transparent the group’s governance structures and efforts to further Asian football.

While candidates for the AFC presidency have yet to be announced, Sheikh Salman, supported by an alliance that includes North Korea and national associations with a past record of corruption and mismanagement like that of Indonesia, as well as strange bedfellows such as Qatar, is lobbying hard to circumvent the election for the FIFA seat by merging it with that of Asian presidency.

The seat is currently held by reformist Jordanian Prince and FIFA Vice President-Asia Ali Bin Al Hussein who was elected in early 2011. Japanese Football Association Vice President Kohzo Tashima said earlier this month that he too would run for the FIFA seat.

Sheikh Salman’s campaign to garner a majority at the AFC’s forthcoming congress during the World Cup in Brazil in favour of reversing its overwhelming rejection of a proposal to do away with elections for FIFA’s Asian Vice Presidency is staked on the Bahraini’s conviction that he will be re-elected as the head of football in Asia.

The fact that the campaign is gaining steam puts a minority of reformers within the AFC and FIFA, including Prince Ali and the national associations of Singapore, Japan, Australia and Guam on the defensive.

The battle in many ways highlights a situation in which soccer autocrats despite the sports’ recent history pockmarked by corruption and match-fixing scandals are under little if any pressure from the public, including fans and the media, to embark on long overdue reform.

Few international organisations would have gotten away with burying an independent audit that not only concluded that its chairman had used a sundry account as his personal account but also warned that there may have been cases of money laundering, tax invasion, bribery and busting of US sanctions against Iran and North Korea.

Similarly, few international organizations would have elected as president the representative of a country in which national team players were publicly denounced, detained and tortured for their participation in mass anti-government protests and where two soccer teams remain incarcerated in prison. Particularly not against the backdrop of an increased focus on human rights in the wake of harsh criticism of labour conditions in Qatar, the host of the 2022 World Cup, and mass protests in Brazil against demands put by FIFA on host nations.

Mounting frustration among reformers in Asian soccer exploded publicly this week with Prince Ali’s publication of an open letter to the Asian football community. Denouncing the efforts to merge the positions of AFC president and FIFA Asian vice president, Prince Ali asserted that “I stand firm by my conviction that all sport, including our sport; football, should be free from politics and completely devoid of politicos and self-interest individuals and groups that exploit the sport and all its stakeholders for their own personal gains.”

Charging that Sheikh Salman and “other AFC officials” were “driven purely by politics,” Prince Ali said it was “unfortunate” that the AFC was not focusing its “energies and valuable time to improving the game in Asia and addressing the myriad challenges that AFC faces in marketing, grassroots football, women’s football, transparency and accountability.”

The Prince published his at times emotional appeal after an AFC executive committee meeting in Kuala Lumpur that was dominated by Shaikh Salman’s campaign to solidify his position in advance of the grouping’s forthcoming congress.

In going public, Prince Ali effectively put his finger on the key obstacle blocking reform of world soccer: the self-serving maintenance of the fiction that sports and politics are separate. Reality is that the two are inextricably intertwined at the hip. The sooner world football acknowledges reality, the sooner it becomes possible to introduce some form of governance of the relationship of sports and politics. Football would be the first to benefit.

James M. Dorsey is a Senior Fellow at the S. Rajaratnam School of International Studies (RSIS), Nanyang Technological University. He is also co-director of the University of Würzburg’s Institute for Fan Culture, and the author of The Turbulent World of Middle East Soccer blog and a forthcoming book with the same title. James is a frequent contributor to this website.