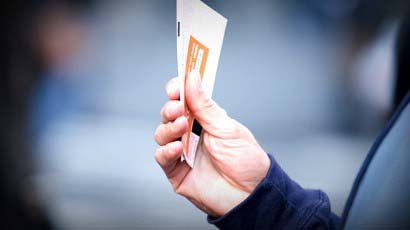 Tickets for the first AFL showdown at the new Adelaide Oval are reportedly being sold for grossly inflated prices on the secondary ticket market, just a day after a Senate committee reported finding minimal evidence of ticket scalping in Australian entertainment and sport.

With demand for tickets for tomorrow's clash between the Adelaide Crows and Port Adelaide exceeding availability at the redeveloped 53,500 capacity venue, tickets for the game are being offered on Gumtree at prices above their face value: $25 General Admission tickets were being offered for $100, and others asking as much as $350.

The South Australian Government is apparently powerless to stop scalpers from taking advantage of fan interest in the game, despite having enacted a new law to prevent profiteering.

In introducing its anti-ticket scalping legislation last year, the South Australian Government failed to add the Crows v Power game to a list of ‘designated major events’, defining the game as a ‘regular fixture’.

The new law, bans the onselling of tickets to these designated major events for more than 110% of the original sale price.

However, Federal independent Senator Nick Xenophon, a member of the Senate inquiry committee has called for a nationally coordinated crackdown on scalpers, including a ban on software ‘bots’ which snap up tickets.

Senator Xenophon said price caps on the resale of tickets could help deter scalpers, telling the Adelaide Advertiser “these people are vultures. They deprive genuine fans of getting to a game

“We cannot ignore this anymore. It needs to be done at a national level. Having a state-by-state, piecemeal approach doesn't work.”

Senator Xenophon suggested that concerts and major sporting events in Adelaide may be more vulnerable to scalpers than events in larger capital cities, adding “because we have a relatively small number of events compared to other states, we are vulnerable to that exploitation.”

The South Australian legislation punishes scalping at designated major events by fines of up to $1,500 for individuals or $25,000 for corporates.

The Rolling Stones concert, Tour Down Under and ICC Cricket World Cup 2015 are the only events that have so far been included on the list.

Keane added that preventing scalping of tickets to other events was the responsibility of state authorities and he urged fans against purchasing tickets through non-official channels.

Keane stated “we constantly get the message to supporters that if you buy a ticket anywhere other than from a registered outlet, you very much run the risk that your ticket isn't legitimate and won't give you admission.”

Ticketing agencies support the establishment of official marketplaces for fans to onsell tickets if they are unable to attend an event.

Tennis Australia has already helped establish a website which enables fans to resell tickets to the 2014 Australian Open.