Global analytics business SAS's Australia and New Zealand division has been announced as the Platinum Sponsor of the 2016 Sports Fan Summit which is being staged at the Melbourne Cricket Ground from 27th to 29th June.

Those teams include the US National Basketball Association’s Orlando Magic whose Chief Executive Alex Martins explains “SAS has helped us improve as an organisation and helped us grow our business.

Sports Fan Summit owner Simon Arkwright remarked that it was tremendous that a dominant international brand like SAS and the business analytics leader had agreed to become the Platinum Sponsor of the 2016 Sports Fan Summit.

Arkwright said the event is regarded by many as the Southern Hemisphere’s premier sports marketing event and the ‘go-to’ annual conference for Australia’s Sport Business industry. 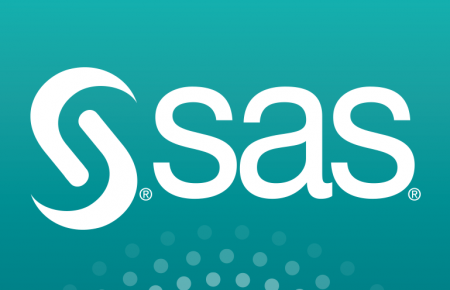 Explaining the partnership with the Summit, Travis Murphy, Head of Business Intelligence Marketing at SAS Australia and New Zealand commented “focusing as it does on Global Best Practice, the Sports Fan Summit is a very good fit for SAS.

“We are very pleased to be taking the sponsorship lead with an organisation that has such a strong delegate base. We understand that the major Australian leagues are very strong supporters of the Summit and that all the leagues and clubs attend.”

As part of itsinvolvement, SAS is sponsoring the presenters of the Innovation and Analytics keynote addresses, Orlando Magic’s Jack Elkins and Jay Riola.

Generally regarded as easily the most advanced franchise within the most advanced of the five US major leagues in terms of CRM sophistication, the Orlando Magic is the NBA front-runner for its utilisation of data and analytics to: understand its fans, enhance fans’ enjoyment of hoops inside and outside the arena; and improve business operations.

Orlando Magic has been using SAS since 2010 for data management, business intelligence and advanced analytics across a range of business areas such as ticket sales, operations, retail, sponsorships, fan demographics and player stats.

As Martins adds “our biggest challenge is to customize the fan experience, and SAS helps us manage all that in a robust way.”

In recognition of its expanded use of analytics across business and basketball operations, the Orlando Magic designated SAS as its official analytics vendor in November 2014.

Martins comments “we have seen tremendous growth in business performance as a result of using analytics ... we are really using SAS in every portion of our business that we can.

“It is probably one of the greatest investments that we have made over the last half-dozen years.

“And with mobile BI, we’ll be able to see and interact with critical information for decision-making anytime, anywhere.”

“This real-time business intelligence puts them on track for the ultimate win: a profitable sports enterprise that continues to thrill the fans.”