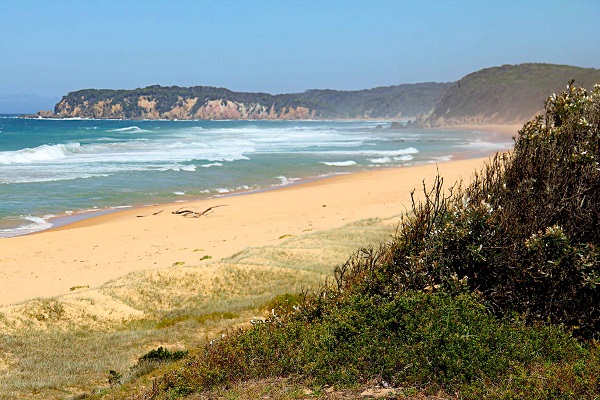 A search for a missing swimmer on NSW South Coast - that involved volunteers from five surf lifesaving clubs - has been revealed as a hoax.

The three-day search commenced last Wednesday after a man reported his 'twin brother' had failed to return after swimming at Gillards Beach, near Tathra.

However, on Saturday morning, as surf lifesaving crews prepared to enter the water for a fourth day they were advised that there was no missing man.

NSW Police told volunteers the story about the missing brother had been fabricated, with a search now on for a 42-year-old man on false representation as well as fraud charges in two states.

Volunteers who gave up their time told the ABC that the man's presence on the beach during the search made the alleged hoax even harder to stomach.

One volunteer advised "you watch us all going out there, time after time, it made it more personal."

Marine Rescue estimated its two boats clocked up a $5,000 fuel bill, while crew spent 600 person hours on the fruitless search.

Leahy advised "that's money that has to be raised through sponsorship, government funding and community activities."

Director of Life Saving Far South Coast Cheryl McCarthy said she was disheartened that the operation took resources from other areas, adding "it's a very remote stretch of coastline. There were really strong rips running along the beach and fairly rough sea conditions.

"If there was a real incident that occurred somewhere else it would have been difficult to scramble, especially in such a remote area."

However, McCarthy drew positives from the "real-life" training that around 25 members had undergone.

She concluded "next time the call comes in, we assume it's a real call until we hear otherwise.

"The volunteers will willingly drop what they are doing and get down there to assist."