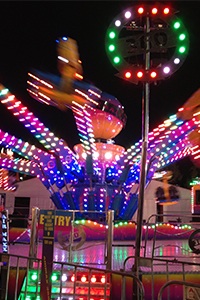 The safety inspection company being prosecuted over the death of a girl who was flung from a ride at the 2014 Royal Adelaide Show has won a bid to argue the charges before the full South Australian Industrial Court.

Safe is Safe and its principal Hamish Munro are accused of breaching workplace safety laws by failing to properly inspect the AirMaxx 360 ride and its restraint harnesses before certifying it was safe for use.

Eight year old Adelene Leong, who was on a holiday in Adelaide from Malaysia, when she died in hospital after being thrown from the ride in September 2014.

A defence counsel for the company argued in the Industrial Court on Thursday (22nd September) that the company's responsibilities in guaranteeing the ride's safety ended once it physically handed over the safety certificate.

The defence counsel argued that company could only be liable for the period when the inspection was physically carried out.

The Court heard it was a question of law which had not previously been asked in an Australian court.

Magistrate Stephen Lieschke granted the application and referred the matter to the full Industrial Court to be heard at a date to be set.