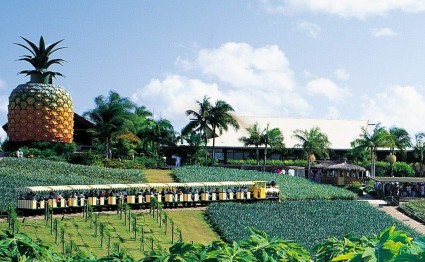 Police are investigating apparent sabotage of the Big Pineapple plantation train over the weekend.

The relaunch of the Sunshine Coast attraction's sugarcane train was stopped at the weekend after a safety inspection uncovered a deliberate act of sabotage.

Less than an hour before guests were due to ride the train for the first time in two years, a final check found oil had been deliberatley applied to the track at its steepest point.
Nambour Police are investigating the incident.

With new ownership, the Big Pineapple plantation train has been restored over eight months as part of the refurbishment of the attraction. The train travels on a 2.4 kilometre track past a rainforest and 100-year-old bamboo plantation before reaching the attraction's farm animals exhibit.

Stage One of the restoration program of the popular attraction, which aims to re-establish it as a leading agri-tourism operation and functions venue ï¾ is now complete with a relaunch set for Saturday (23rd June).

Weatherill, who has extensive event management experience in running Noosa's Thomas Street food festival and the Golden Days festival at Coolum in partnership, is planning to stage the first Big Pineapple Music Festival over two days on the May long weekend in 2013.

Weatherill and co-promoter Mark Pico, say it will have a line-up capable of drawing an audience from interstate and overseas with the goal being to attract 10,000 to 15,000 people each day to the over-18 event.

Weatherill told the Sunshine Coast Daily "it's going to be a cool line-up."

For more information go to www.bigpineapple.com.au/