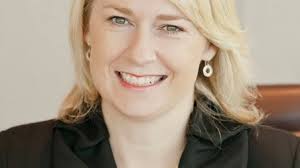 Therese Walsh, who was Chief Operating Officer for last year's Rugby World Cup, has started work and will be based in Wellington.

The ICC Cricket World Cup 2015 will be jointly hosted by New Zealand and Australia.

"Our aim is to put on a fan friendly event which reaches as many communities as possible across both countries."

"Therese brings great experience in sport and major events to the role and has invaluable insights from what has been recognised as the best Rugby World Cup ever."

Walsh was Chief Financial Officer and General Manager Corporate Services for the New Zealand Rugby Union before her Rugby World Cup role and has been a director of New Zealand Cricket since 2011.

Walsh explained "this is a perfect chance to be a part of another global sporting event that is going to have a direct and positive impact not only on cricket in New Zealand but on communities, businesses and individuals.

"While my title is Head of New Zealand, my focus will be on creating a memorable event across both countries that will leave a legacy for years to come."