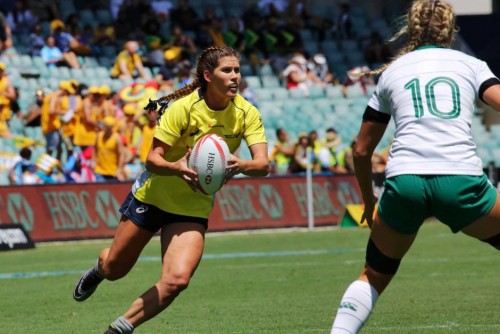 Australia's Olympic gold medal in the women's rugby sevens appears to have inspired a growing interest in the game.

After a landmark Olympic year for the sport, Australian Rugby Union’s primary school program ‘Game On’ now ranks as the eighth most popular sports program in Australian primary schools, up 20 places from last year – the inaugural year of Game On.

In addition, since the Australia won Olympic gold in Rio in August, women's sevens competitions have expanded in Brisbane, the Sunshine Coast, Sydney, Canberra, and Perth.

A new women's university series and a Sydney schoolgirl's competition will be launched in 2017 while Viva7s, the non-contact version of rugby sevens, has grown from 2,000 participants to 6,000 in the past five months.

Growth at the grassroots level has been even more marked, according to Australian Rugby Union (ARU) Participation Growth Manager Cameron Tradell.

Tradell has seen national participation in Game On increase from 9,900 to 39,000 since the middle of the year.

Tradell told the ABC “the beauty of the Game On number is that about 60% are in government schools, which aren't a traditional breeding ground for rugby, so we are really, really excited about that.

"We are also getting a lot of enquiries from girls who have never ever played the game about where they can play, which is fantastic.

"It just shows there is a palate to learn more about the game."

Just as cricket reinvigorated its fan base with the introduction of the domestic Twenty20 Big Bash League (BBL), Tradell said rugby had the chance to do the same through sevens.

Tradell advised “sevens has the same explosiveness around what is happening on the field, and the expectation of the unknown when you head to a sevens game is very similar to the BBL.

"I think the fact it is genuinely seen as being an equal opportunity game because of the success of the girls (at the Olympics) puts us in a stronger position than cricket with regards to having so much opportunity to showcase the nuances between the male and the female game." 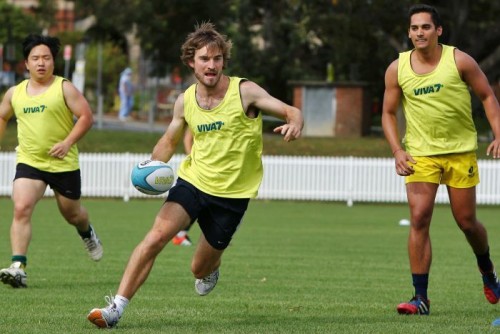 Like Test cricket, rugby union's traditional 15-a-side game has experienced a drop-off in crowds and a number of Australian Super Rugby franchises are struggling financially.

Rugby sevens, however, is surging according to HSBC's 2016 report The Future of Rugby, which finds it is the fastest growing sport in the world and by 2026, 40% of rugby players worldwide will be female.

Tradell stated “there is a massive opportunity that is untapped in that female space for sevens, I think it will live and breathe by itself and 40% I think is really achievable.”

Game On, which is implemented through the ASC’s Sporting Schools network of 5,160 primary schools around the country, is a core strategic tool for the ARU to expand the reach of rugby and make rugby more accessible to children throughout Australia. In 2016, more than 60% of the primary schools that have run Game On have been government schools, and more than 40% of participants have been female.

Commenting on this, an ARU statement added “encouragingly, the growth of rugby in primary schools has led to a 3.5% increase nationwide in junior club rugby participation levels in 2016.”

In all Australia states and territories, Development Officers run Game On in schools and encourage students to continue their rugby journey by joining a club to either play VIVA7s or contact rugby. Rugby development officers were pinpointed as a key factor in the program’s success with 98% of participating schools reporting their satisfaction with the coaching.

ARU General Manager of Community Rugby & Strategy, Andrew Larratt added “when ‘Game On’ launched last year, we thought we would reach 50,000 participants by 2020, and to almost reach that number in just the second year of the program is just incredible.”

“We want to make rugby a game for all, and through Game On, (we are) working to inspire more Australians – children and their parents – to enjoy our great game.”

Images: Charlotte Caslick one of the standout players in the Australian Olympic team (top) and Viva7s has also experienced a boost in participants this year (below – images ARU Media)