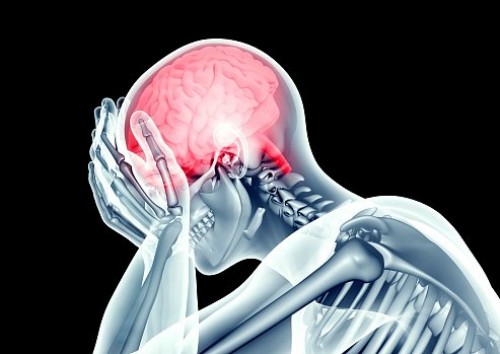 Former rugby league players are reportedly considering a class action lawsuit against the NRL over the game’s historic treatment of concussions.

Charles Bannister, Principal of Bannister Law, said the firms have been investigating “the root causes of post-retirement medical issues among numerous former NRL players” for the past 12 months, with a view to a possible class action.

Bannister advised “the structures that have evolved within the NRL through the progression of the game mean that we are looking at the clubs’ and associations’ liability for what are, we will allege, reasonably preventable brain injuries.

“We will also allege that ARL, NRL and the clubs have had the resources both medical and paramedical to understand and implement protocols and policies that could and should have protected player welfare long before they were introduced.”

The potential lawsuit could see both the NRL and AFL face similar legal action.

Greg Griffin, Managing Partner of Griffins Lawyers, said he had been preparing a class action against the AFL for about five years.

Griffin told AAP on Wednesday “we are way down the track.

“I would say it’s imminent. The next stage is getting things into the court system. There is a raft of claims.”

The two law firms investigating the potential class action say they have been in touch with “many senior players over an extended period, all of whom have serious concerns about their brain health” and were investigating “the root causes of post-retirement medical issues among numerous former NRL players”.

The lawsuit would look at whether the rules imposed by the code took “sufficient steps to protect players against concussion incidents”, as well as whether those rules were “actually implemented” to “allow players time to recover from concussion incidents without sustaining permanent injury”.

The code’s historic treatment of concussion has been subject to increased scrutiny following the discovery of chronic traumatic encephalopathy (CTE), a degenerative brain disease, in two former rugby league players.

Researchers and clinicians from Royal Prince Alfred Hospital, NSW Health and the University of Sydney’s Brain and Mind Centre made the discovery in two donated brains from middle-aged former professionals who played more than 150 NRL games over many years.

The recently released findings follow concerns from former players over a number of years about the long-term impacts of concussions suffered while playing.

Ian Roberts, a former Australian and NSW representative forward who played during the 1980s and 90s, has frequently spoken about the toll of what he estimates were more than a dozen concussions suffered playing the game.

Last year, 25 retired NRL players took part in a further study into the effects of repeated concussions on the brain, which found repeated head injuries suffered during their careers had left them with long-term impairments.

While in the US former NFL players have previously brought lawsuits against the sport’s administrators over concussions suffered while playing, the discovery of the disease in two former NRL players has prompted a renewed focus of the game’s handling of concussion.

After the report’s release, former Parramatta Eels legend Peter Sterling announced he would donate his brain to science, while other players revealed their own concerns about the toll of playing the code had taken.

Speaking after the report’s release last week, former Brisbane Broncos and Queensland representative forward Corey Parker said on Fox Sports that he “had moments” where he worried about the impact of his playing career on his health.

Parker commented “to be very honest I’ve had moments where I’ve had concerns, so much so that I’ve initiated conversations (about) going and have some checks done.

“You put up that wall of ‘I’ll be OK, I’ll be OK’ until such time that you do go and have a test or have some scans done … it is the greatest game but along with that comes a price at times.”